How St. Therese of Lisieux was nearly sent to Vietnam 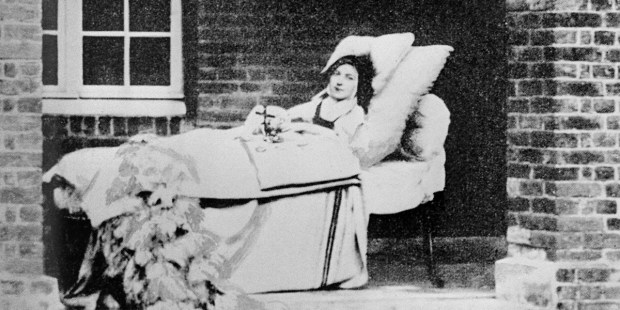 The French Carmelite nun was ready and willing to be a missionary in Saigon.

St. Therese of Lisieux had a missionary heart, even though she entered a cloistered Carmelite monastery where nuns rarely ever pass beyond the walls that surround it. She always prayed for missionary priests as well as those they ministered to. Her heart was full of God’s love and she wanted the whole world to possess it.

During her time in Lisieux, France was extending its territories, including a colony in what is now called Vietnam. Saigon fell to the French in 1859 and French missionaries were starting to travel more regularly to the region.

This included Carmelite nuns, who founded a monastery in Saigon in 1861. One of the sisters who founded the monastery came back to Lisieux and lived with St. Therese for several years, before returning to Vietnam in 1895.

There was a request for more sisters to help the small community in Saigon and St. Therese was one of the first to volunteer. She was eager about being a missionary and was nearly sent there. Therese talks about it in a letter she sent to a French priest.

This will perhaps surprise you; is it not a dream that a Carmelite think of leaving for Tonkin? Well, no, it is not a dream, and I can assure you that if Jesus does not soon come looking for me for the Carmel of heaven, I shall one day leave for that of Hanoi, for now there is a Carmel in that city, the Saigon Carmel recently founded it.

However, her health was not well and there was little hope she could endure the journey.

Perhaps you want to know what our Mother thinks of my desire to go to Tonkin? She believes in my vocation (for really it has to be a special vocation, and every Carmelite does not feel called to go into exile), but she does not believe my vocation may ever be realized. For this it would be necessary that the sheath be as solid as the sword, and perhaps (our Mother believes) the sheath would be cast into the sea before reaching Tonkin. It is not really conve­nient to be composed of a body and a soul! This poor Brother Ass, as Saint Francis of Assisi called it, often embarrasses its noble Sister and prevents her from going where she would like.

Even later on, as recorded in her autobiography, she prayed that she would be cured of her illness and be free to travel to Saigon.

Let me tell you, dear Mother, why, if Our Lady cures me, I wish to respond to the call from our Mothers of Hanoï. It appears that to live in foreign Carmels, a very special vocation is needed, and many souls think they are called without being so in reality. You have told me that I have this vocation, and that my health alone stands in the way. But if I am destined one day to leave this Carmel, it will not be without a pang.

It wasn’t God’s will for Therese to spend her life in Vietnam, but instead to shower the world with roses from Heaven. She died shortly thereafter and the Church, recognizing her missionary heart, proclaimed her “Patroness of the Missions.”

She remains a model for us all, especially as the Church increasingly strives to have a missionary heart, full of the joy of the Gospel, ready to spread Christ’s love in every corner of the world.

Read more:
Miracle in Vietnam: When St. Therese appeared to a man and taught him to be an “apostle of love”