The spiritual importance of St. Mary Salome’s legendary travels to France and Italy 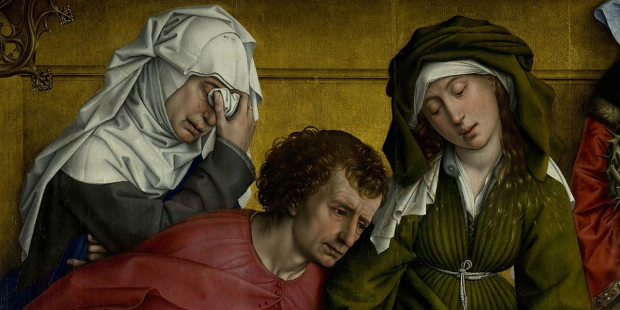 For medieval Christians a local connection to a biblical figure reinforced the reality of the Gospel.

When reading the “tall tales” of medieval Christians, it can be tempting to disregard them as foolish and ignorant. For example, why did they invent stories to make it appear that a biblical character visited their small town?

St. Mary Salome is a prime example, as she is mentioned in the Gospels a few times and is known as one of the “three Marys” who followed Jesus during his public ministry. She is also believed to have joined Mary Magdalene and Mary the mother of James to anoint the body of Jesus in the tomb.

While generally she is forgotten by most modern Christians because of her minor role, medieval Christians saw her as significant, for she had a direct connection to Jesus. There are no records of what happened to her after the Resurrection and this is where local legends seek to fill the gap.

One legend claims she traveled to Southern France to the city now known as Saintes-Maries-de-la-Mer, a name that refers to the three “Marys” who visited their town. Local traditions still honor this legend and a church celebrates her feast day every year on October 22.

Alternatively, it is said she traveled to Veroli, Italy and spent the rest of her life proclaiming the Gospel in that city. A local church was built in her honor and still bears the name Santa Maria Salome.

Which one was it? Did she travel to France or Italy? Or neither?

To the modern Christian these legends are laughable, but the faith it fostered is not. While someone clearly told a “tall tale” that started it all, for medieval Christians, these legends brought the Gospel to their front doorstep. It reinforced for them that the Gospel was real and that this biblical character was closer to them than they imagined.

In one sense many of the legends told in the Middle Ages were for entertainment purposes, storytelling being the chief way to capture the imagination. At the same time it was also used to communicate spiritual truths that, while they were historically “false,” made the listeners think differently about the Gospel.

This is also one of the reasons why medieval artists would often paint local people into various biblical scenes. The people viewing a painting of the nativity knew full well that the local king was not present at Jesus’ birth, but the incorporation of local figures helped bring the Gospel to that specific town.

It’s difficult for the modern reader to enjoy stories that don’t have all the historical facts right, but that’s mainly a problem with the modern imagination. Medieval Christians were more concerned about the truth of a story rather than getting all the facts exactly perfect. When they told stories at the fireside, the details weren’t always the same, but the truth behind it all was.

While St. Mary Salome may have never visited either city, the truth behind the legends was that Mary Salome was real, she walked with Jesus, and continues to walk with us today as a member of the communion of saints. In reality, Mary Salome is now no longer confined to a physical place and can be present in every city of the world. She probably didn’t physically walk in those cities, but now she can in a spiritual manner we often forget.

Read more:
The adventures of Mary Magdalene after Jesus’ resurrection