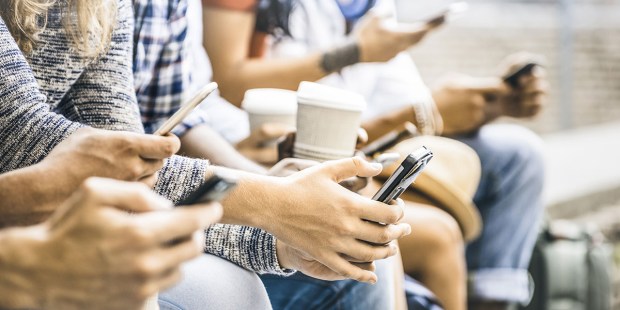 Social networks are failing to help them with this one key thing.

Technology has connected us all, and millennials — the generation of young people born between 1981 and 1999 — have grown up with it. Technology is allowing them to access incredible amounts of information from their TV, computer, and phone. They have endless content to choose from; they can watch entertainment on screens of all sizes, have conversations by video, interact anonymously thanks to avatars and online handles, participate in protests on the internet, support causes, or criticize politicians … Yet, they’re having a hard time making friends.

The youngest millennials have now reached legal adulthood and can vote in local elections; the oldest millennials are getting close to the age of 40. Sociological surveys of this group show a terrible problem: 22% of these young people don’t have a single friend. That is to say, two out of every 10 millennials are lonely.

This failure on a personal and social level contrasts with the apparent ease of getting to know other people and engaging in conversation through digital means, but the fact is that although they have the tools, they don’t use them to that end. This worrying fact emerges from a study recently carried out by the polling company YouGov, with a sample of 1,254 young people in the United States.

One out of four claims not to have any acquaintances

The study of millennials yielded the following statistics (based on self-reporting):

Might it not be the case that, instead of using social networks and the internet in general to open themselves up to other people, millennials have become passive receptors who don’t open themselves up to personal dialogue, to face-to-face contact, and to the work required to become friends with others? Perhaps there has been a mistake when it comes to educating them regarding social networks, and maybe many millennials think that social networks should do the work for them.

Millennials report their solitude—resulting from the accumulation of superficial relationships and hyperconnectedness combined with failure in the area of personal growth—yet, they say that they value friendship. Most say that this lack of friends is due to shyness. However, there are also some who say that they don’t need friends: 27% of those polled. Meanwhile, 26% say they don’t have any hobbies or interests that could facilitate friendships.

Most friends are made at work

Among the results of the YouGov study, 42% of Americans report having made a friend in the past six months (including 38% of millennials), and in most cases, it happened in the workplace, not through the internet or social networks. That is to say, the factor that favors forming bonds with others is physical presence and real interactions, not virtual ones.

Millennials have grown up with Facebook and Instagram, a majority of them have had access to university level studies (more than the previous generation), and according to sociological studies, they are concerned and engaged citizens. However, it seems that it’s easier for them to fight for a shared cause through platforms like Change.org than to form personal bonds with people of flesh and blood. Put into the context of other studies, we can see that this solitude presents significant problems for mental health, such as depression, and that it has an effect on the formation of families.

The advent of the internet and smart phones and all that they bring — social networks as we know them, dating apps, etc. — is subjecting humanity to a huge and unprecedented experiment, the results of which we are only beginning to see and understand. It will take decades for us to grasp its full implications for mental, physical, emotional, and spiritual well-being.

However, we don’t have to wait until then to react to these emerging problems of isolation, depression, etc. Let’s not hesitate to reach out to the people we meet at work, at church, or anywhere else we are side by side with fellow human beings. They may turn us away, but then again, they might not. Maybe they don’t know how to initiate contact, or are afraid to do so. Every human being has something to offer. We lose nothing by offering what we can give, and we might just gain a treasure: a good friend.

Read more:
‘Can We Be Friends?’: New book explores the crisis of loneliness