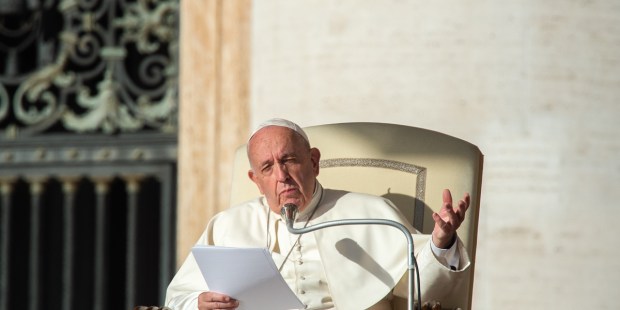 Urges dialogue to find solutions for the crisis

Pope Francis says he is following with concern what is happening in Chile.

Speaking during his General Audience in St. Peter’s Square on Wednesday, the pope said, “I hope that, by putting an end to the violent demonstrations, dialogue will be used to find solutions to the crisis and to deal with the difficulties that have generated it, for the benefit of the entire population.”

In fact, the pope’s reflection for today on the Acts of the Apostles spoke about how the Church always seeks dialogue as a solution for problems, as seen in the first Council of Jerusalem, which was the topic of today’s discourse.

Rioting, arson attacks, and violent clashes wracked Chile for a fifth day Tuesday, as the government raised the death toll to 15 in an upheaval that has almost paralyzed the South American nation.

The unrest was sparked last week when the government announced a rise in subway fares. Anger flared with demands for improvements in education, health care, and wages.

President Sebastian Pinera announced a programme Tuesday night calling for modest boosts to the lowest incomes and increased taxes on the wealthiest as he sought to calm anger in the streets.

About half of Chile’s 16 regions remained under an emergency decree and some are a under military curfew.