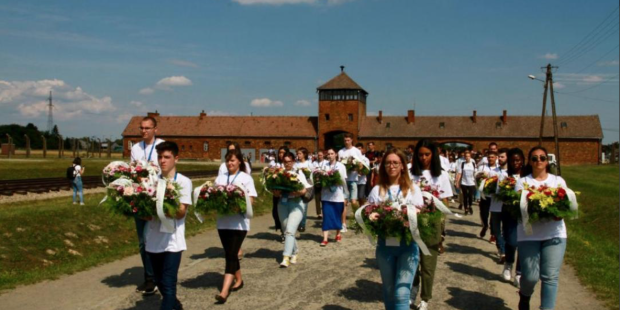 Andrea Riccardi, the founder of Sant’Egidio, was recognized for facilitating Jewish-Catholic relations and for preserving the memory of the victims of the Holocaust.

Andrea Riccardi, the founder of the Catholic lay association Sant’Egidio, was today awarded the Moshe Rosen Award by the Conference of European Rabbis.

The award recognizes the efforts of “non-Jews who promote dialogue, understanding and tolerance to ensure a Jewish future in Europe,” reported the Associated Press.

Founded in 1968, the Community of Sant’Egidio is a network of over 50,000 members working in 73 countries to serve the needy, including the poor, the elderly, immigrants, drug addicts and the mentally handicapped. In 1986 it was recognized by the Vatican as an international association of the faithful.

Under Riccardi’s leadership, the association has also been an outspoken advocate of Jewish/Catholic dialogue.

Riccardi, according to a press release from Sant’Egido, was awarded the prize “for demonstrating a noble dedication in the promotion of coexistence between people of different cultures and religions and for promoting the development of inter-religious relations, especially the dialogue between the Catholic and Jewish communities through his work as founder of the Community of Sant’Egidio.”

In addition to facilitating better Jewish/Catholic relations as head of Sant’Egidio, Riccardo has sought to preserve the memory of the victims of the Holocaust, and for the last 25 years has marched with the Jewish people of Rome on the anniversary of the Oct. 16, 1943 deportation of Roman Jews to the Nazi death camps (see Facebook post below).

In light of a resurgence in anti-Semitism in Europe, evident most recently in an attack on a German synagogue, Riccardi told the AP, the world needs to act before it is too late.

“I think that it needs to be recognized that this is a difficult moment, because nationalism is giving rise again to a politics of hatred,” he said. “And the first chapter, not the only one, but the first chapter of political hatred is anti-Semitism.”

“This must make us worry, and it should wake us up,” he said. “Anti-Semitism is like a storm, at a certain point it explodes. We need to act at the first signs,” he said.

On the occasion on the award ceremony, held in Rome, Chief Rabbi Pinchas Goldschmit warned that the increase in anti-Semitism in Europe “poses an existential threat to the Jewish people,” reported the AP.

Jewish people are fleeing Europe he said, noting that in the last 20 years the number of Jews in Europe has decreased from 2 million to 1.5 million.

Recent violent attacks, a cultural shift in which anti-Semitic language is tolerated, and legislation such as a recent Belgian law outlawing the Kosher slaughter of animals, have contributed to a hostile environment in which Jewish people feel they have no choice but to emigrate, he told the AP.