Biblical tradition (both written and oral, canonical and apocryphal) understands Satan is not alone in his mission to tempt, harm, and lead humanity astray. He is accompanied by demons -evil spirits whose primary mission is to disrupt the purpose of human lives.

The Catechism of the Catholic Church explains that, “the Church teaches that Satan was at first a good angel, made by God: ‘The devil and the other demons were indeed created naturally good by God, but they became evil by their own doing.‘ Scripture speaks of a sin of these angels. This ‘fall’ consists in the free choice of these created spirits, who radically and irrevocably rejected God and his reign” (CCC 391-392).

Read more:
Why is the Beast the only character in the Bible to have a number and not a name?

The book of Revelation is seen to support this notion that Satan was not alone in his rebellion against God.

Then war broke out in heaven; Michael and his angels battled against the dragon. The dragon and its angels fought back, but they did not prevail and there was no longer any place for them in heaven. The huge dragon, the ancient serpent, who is called the Devil and Satan, who deceived the whole world, was thrown down to earth, and its angels were thrown down with it. (Revelation 12:7-9)

Prior to these verses, the author of the book of Revelation claims the dragon’s “tail swept away a third of the stars in the sky and hurled them down to the earth” (Revelation 12:4). This is often interpreted as referring to a “third” of the angels in heaven, who would’ve joined Satan’s rebellion.

It is generally believed that there is a vast number of angels in Heaven, a number the human mind simply cannot fathom. With this in mind, the number of fallen angels (a third part of a practically innumerable body) cannot be thought small. Demonologists, theologians, and other biblical experts have argued this might be one of the reasons explaining the spread of Satan’s influence throughout the world.

Read more:
If the devil was an angel, why is he represented as a monster?

Abrahamic monotheistic traditions have then understood that since this initial fall at the beginning of creation, Satan and his demons have had humans in their crosshairs. The book of Revelation again explains how, “the dragon became angry with the woman and went off to wage war against the rest of her offspring, those who keep God’s commandments and bear witness to Jesus” (Revelation 12:17).

In the Bible, humans are conceived as the pearl of God’s creation. Satan is presented as constantly doing all that is in his power to destroy that pearl. This means tempting human beings, leading them to destroy themselves, making wrong choices that foster a spirit of rebellion in their hearts. Satan’s endgame consists in pushing humans to fully reject God, joining him in his eternal misery.

Read more:
When attacked by demons, St. Faustina prayed to her Guardian Angel

But theology also has some good news: demons are far from having infinite power, and are technically quite harmless to a soul in union with God. They can do nothing but try to frighten and tempt, while human beings can certainly invoke God’s power to cast them out of their lives. They are utterly powerless when compared to the majesty and glory of God. Demons can certainly wreak havoc on the world, but only if human beings cooperate with them. Several different hagiographical accounts of encounters with these fallen spirits agree in presenting demons as cowardly fleeing from those who seek God’s grace.

Make sure to visit the slideshow below to discover the monastery built in the mount where tradition claims the devil tempted Jesus himself. 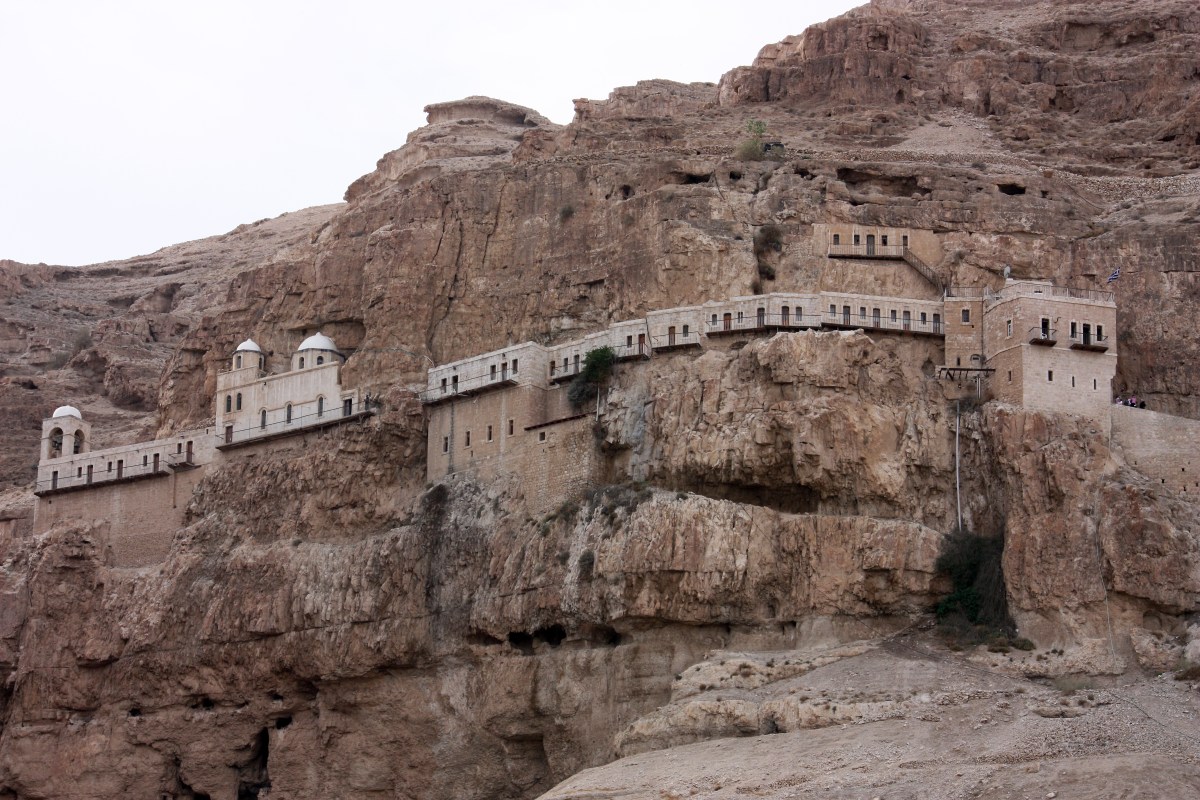