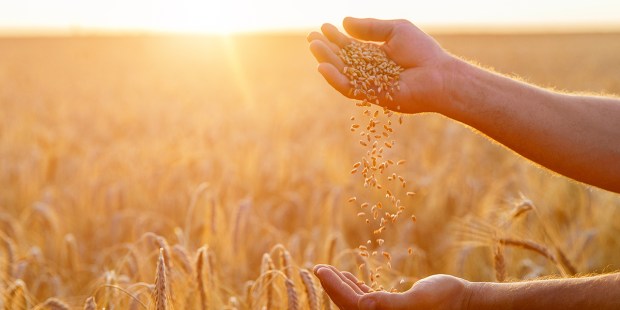 The Vatican publishing house, Libreria Editrice Vaticana, on Thursday released a new book of Pope Francis’ thoughts on the environment, including a previously unpublished text.

Our Mother Earth: A Christian reading of the environmental challenge (Italian: Nostra Terra Madre. Una lettura Cristiana della sfida dell’ambiente) also includes a preface by Bartholomew, the Orthodox Ecumenical Patriarch of Constantinople, that retraces the stages of their collaboration on this topic. In particular, Bartholomew points to their messages on the occasion of the World Days of Prayer for the Care of Creation, instituted in 2015, which unite the Catholic Church and the Orthodox Churches in common “concerns for the future of creation”.

We need an “environmental conversion,” Pope Francis says, that is possible through the promotion of a truly ecological education that would create, especially in the young, a renewed awareness and ultimately a renewed conscience. The first chapter underscores the unity of the human family.

Safeguarding creation and the right to life

One section highlights the urgent need to safeguard the immense gift given by God to every living being, but especially to man, the only creature that has received the breath of God “blown on his face.” From the words of Genesis, Pope Francis emphasizes how safeguarding creation, on the one hand, and human life, on the other, are intimately connected an inseparable. The pope’s words are a continuous appeal for the right to life, a right that is encompassed in key words such as responsibility, justice, equality, and solidarity. For these fundamental reasons, Pope Francis calls for free access to the goods of the earth necessary for survival – and first of all water – without any discrimination between peoples.

Read more:
Euthanasia isn’t about being free; it’s about being reduced to a dollar sign, says Pope Francis

Read more:
Abortion is like hiring a hitman, says pope in strong defense of 5th Commandment

A spiritual reading of ecology

In the new article that concludes Our Mother Earth, Pope Francis turns his gaze upwards, in order to offer an even wider vision of a discourse that is not focused solely on the concern for the protection of the environment. Although there are many shared aspects, a Christian vision is not comparable to a secular vision of ecology.

In this final chapter, Pope Francis develops the “theology of ecology” in a profoundly spiritual discourse.

Creation, the pope says, is the fruit of God’s love: His love for each of His creatures, and especially for man, to whom He has given the gift of creation, as a place in which “we are invited to discover a presence.”

However, the pope continues, “this means that it is for humanity’s capacity for communion to condition the state of creation […] It is therefore humanity’s destiny to determine the destiny of the universe.”

The connection between humanity and creation lives in love, and is corrupted if it is lacking, and if it fails to recognize the gift that has been given. The pope explains that the exploitation of resources, in an irresponsible way, in order to gain power and wealth, that is then concentrated in the hands of a few people, creates an imbalance destined to destroy the world, and humanity itself.

Pope Francis asks if this state of environmental emergency might not become an opportunity to turn back, to choose life, and thus to review economic and cultural models, thereby realising justice and sharing, where every human being can enjoy equal dignity and equal rights. In our time, he said, we have forgotten the active and open dimension of “being,” instead privileging the dimension of “having” – a possessiveness that leads to closure, where human beings define themselves, and recognizes themselves, only to the extent of their material goods.

In such a situation, those who have little or nothing “risk losing their faces, so that they disappear, becoming one of those ‘invisibles’ who populate our cities.”

Referring back to St John Paul II’s encyclical Sollicitudo rei socialis, Pope Francis says that the structures of sin “produce evil, pollute the environment, hurt and humiliate the poor, [and] favour the logic of possession and of power.”

The vision of the believer: Beginning from the Eucharist

Pope Francis says that, in addition to reviewing one’s own lifestyle and changing one’s mentality, we must also have a vision. Believers can find this vision in the liturgy, and especially in the celebration of the Mass.

Bread and wine are the first foods that humans obtained by transforming the fruits of nature, the wheat and the grapes, through their own ingenuity. In the Mass, humans offer bread and wine to God; and God, through the Holy Spirit, transforms them into the Body and Blood of Christ. He restores them to humans in His greatest gift, the gift of His Son.

Bread and wine, the pope says, are inserted into a circle of symbols: gift of God, commitment of man, work, effort; necessary food and daily bread; joy and the feast of wine. “And just as in the Eucharist the bread and the wine become Christ because they are bathed by the Spirit, the personal love of the Father; so creation becomes the personal word of God when it is used with love.”