Portuguese nun murdered for resisting rape could be beatified 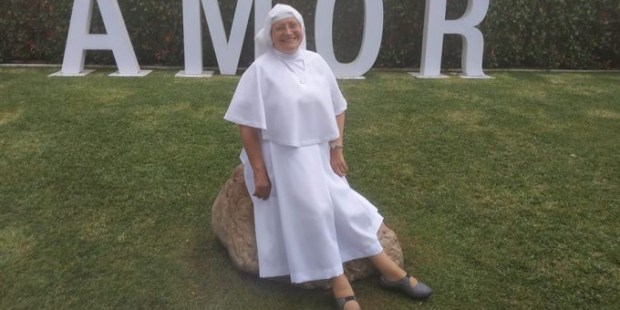 Sister “Radical” Antónia was known for her service to the sick and elderly, and for riding a motorcycle to her sick calls

The Vatican Congregation for the Causes of the Saints directed the sisters of the Servants of Mary Ministers of the Sick to begin the process of gathering information, together with the Portuguese diocese of Porto, for the possible process of beatification of Sr. Maria Antónia Pinho, who was murdered last month while resisting rape by a person she had just helped.

According to the site CM TV, Mother Inês Flores Vasques, the superior of the religious community, said that it’s still early to think about her cause, but she emphasized the fact that Sr. Antónia was indeed killed while carrying out her mission.

Maria Antónia Pinho, 61 years old, was affectionately called Sr. Tona. She was found dead on September 8, with signs of sexual violence and asphyxiation, at the house of ex-convict Alfredo Santos. The sister had given him a ride because he’s the son of a woman with whom she was working as part of her ministry to the sick and elderly. Supposedly as a gesture of gratitude for the ride, Alfredo offered Sr. Tona a cup of coffee at his home, and immediately afterwards tried to rape her. She resisted, and during the struggle, he put her in a sort of stranglehold known in Brazilian jujitsu as the “mata leão” (the “lion killer” or “rear naked choke”) which killed her. Afterwards, the murderer took her to his bed and raped her.

Santos (now in custody), who is a drug addict, had been on parole for three months; he had partially served a 16-year prison sentence, having been convicted precisely of two crimes of rape. Days before he killed Sr. Tona, he had already tried to rape a 20-year-old woman; a warrant had been issued for his arrest, but he had not yet been arrested.

Sr. Tona was a nurse, and was in the city of São João da Madeira, Portugal, to take care of her own mother, along with other sick and elderly people. In an interview with the newspaper O Regional three days before being murdered, she had talked about her vocation and said that she had always known what her vocation was: “I never doubted. I’ve always had the desire to help sick people. I only knew that I wanted to be a nun, and that I would be one forever.”

She also had spoken about celibacy, the virtue that defined her life as a gift to God. The interviewer, António Gomes Costa, later talked to the website Contacto, and described the deceased sister: “Sr. Tona was always smiling. I’ll always remember her that way. Her gaze revealed her passion and love for the choice she’d been living for nearly 40 years.”

Sr. Tona was also known in the city as “Sister Radical” because she traveled on a motorcycle, which made it much easier for her to make her visits to the sick.

Her death has been a shock to the people she served and the communities touched by her presence. May her life of generous service, fidelity, and perseverance in virtue until death be an inspiration that reaches many more people now and in the future.

Read more:
The spiritual testament of a murderer and failed rapist