What should we expect from the Supreme Court on abortion? 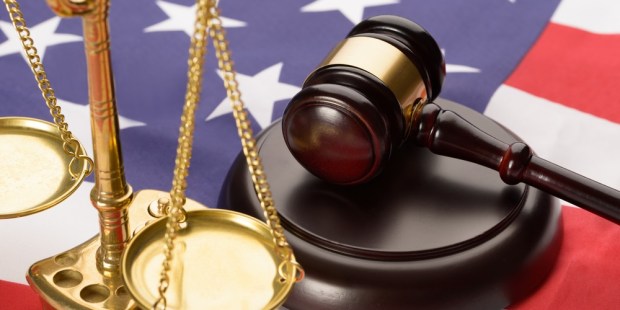 Turning over Roe v. Wade is unlikely, but pro-lifers have reason for hope.

Finally the Supreme Court has given pro-life Americans what they were hoping for–a commitment to take a fresh look at the issue of abortion. But the court’s willingness to consider the question again is by no means the same as a promise that the court will come up with just the answer to please pro-lifers.

In this case, what many of them undoubtedly would like is a decision reversing Roe v. Wade, the 1973 ruling in which the Supreme Court in effect struck down all laws everywhere in the country prohibiting or restricting abortion, along with the several decisions since then in which the court has reaffirmed Roe.

What they will get, however, may be something substantially less.

The Supreme Court declared its willingness to tackle abortion again even before its new term began, announcing it would review a lower federal court’s decision upholding Louisiana’s law requiring doctors performing abortions to have admitting privileges at a nearby hospital. The court will hear oral arguments early next year and announce a decision before its present term ends next June.

The Louisiana law closely resembles a Texas law which the Supreme Court overturned in 2016. So what reason is there to think the court might do differently now?

The answer is that since then Justice Anthony Kennedy, part of the five-member pro-choice majority in 2016, has retired, and Justices Neil Gorsuch and Brett Kavanaugh, both deemed to be pro-life, have joined the court. The result, it’s reasoned, is a new, five-member pro-life majority–Gorsuch and Kavanaugh, plus Justices Clarence Thomas and Samuel Alito and Chief Justice John Roberts.

That may or may not be an accurate reading of the present court. But even if correct, pro-lifers shouldn’t expect a flat-out reversal of Roe v. Wade. The fundamental reason for saying that is that, after nearly half-a-century of legalized abortion, a decision simply outlawing the practice would very likely be as socially disruptive as Roe proved to be in legalizing it. Whether this is or isn’t a morally cogent argument for moderation, it reflects a viewpoint likely to determine the votes of most if not all the justices named above.

So what can pro-life people expect? In brief, they can expect a decision permitting states to place some restrictions on the circumstances in which abortions can be performed (for example, banning abortion after a certain designated point in pregnancy unless demonstrably required to preserve the woman’s life or health), establish conditions for their performance (waiting periods, ultrasound tests, parental involvement in the case of minors, admitting privileges for those who perform abortions), and rule out abortions based on race or sex.

Note that in the scenario sketched here, states would be allowed but not required to restrict abortion along lines such as these. Other states–those wedded to abortion on demand–would be at liberty to do as they liked. The result, at least for now, would confirm the existing patchwork of pro-life and pro-choice states.

Supposing this is or something like it is the result, the pro-choice side in the abortion debate will be up in arms while the pro-life side will be disappointed. But it will be an improvement over the present state of affairs and will leave the door open to further progress in providing legal protection to unborn human life. It also will challenge pro-life churches and the pro-life movement to step up efforts to persuade Americans that abortion is wrong. Who said the Supreme Court should do their work for them?