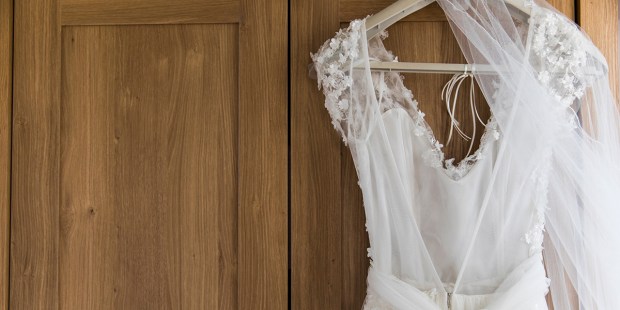 Her grandmother could no longer travel, so she showed up in her wedding gown!

Tara Foley was getting married and her 102-year-old grandma, Stasia, who wanted to be present for the wedding, couldn’t make because her doctors prohibited her from traveling from Florida to Texas (where the wedding would take place) due to her health and advanced age.

So Tara decided to bring part of the wedding day to her grandmother, flying to Florida in late January and surprising her by showing up in her wedding gown with her hair and makeup done and a photographer to take photos to preserve the moment forever.

Tara talks about how she knew in her heart that her grandmother was “trying to hang on to get there somehow.” So, without telling her family and friends where she was going (so she could surprise them later) she went to spend a weekend with her Nana and make her feel like part of her special day.

The bond of love between the grandmother and granddaughter was stronger than the distance between them, and once they were together, words couldn’t express what it meant for Tara to share that moment with her. It’s a beautiful memory she will cherish forever, one which she describes as “one of the greatest days of my life.”

In a post on Facebook, Tara remembers the emotional departure. “When I said goodbye to her that night, I think we both knew it would be the last time we would see each other. She grabbed my cheeks with her hands, looked me straight in the eye and said ‘I love you very much’… I am so blessed to have this be my last memory with her.”

Twenty-seven days after the visit, on February 23, Stasia passed away. She was a great example to her granddaughter, who admired her deeply for her strength and her dedication to her family. A few months later, the wedding was held, and the bride and groom revealed the photos. It was a deeply moving experience for the entire family.

Tara’s photoshoot with her grandmother went viral around the world, and Tara told People magazine in an interview that since those photos were published, she has received many beautiful and kind messages, revealing the great value of the family and how the power of love is multiplied through sharing.

“Everyone said the nicest and kindest things. In the crazy world of negativity on social media, people are letting me know how beautiful the world can be. Everybody is being incredibly kind. I’m loving everybody sharing their stories of their grandparents with me as well.”

In her Facebook post, Tara says, “Words cannot explain how much these moments mean to me and I will cherish these memories for the rest of my life. Her smile and her laugh are forever etched in my mind and the love between us will live in my heart.”

Read more:
Viral Photos: Bride and Groom Surprise Grandma in the Hospital on Their Wedding Day