Pope puts a stop to confusion over Vatican Secret Archives 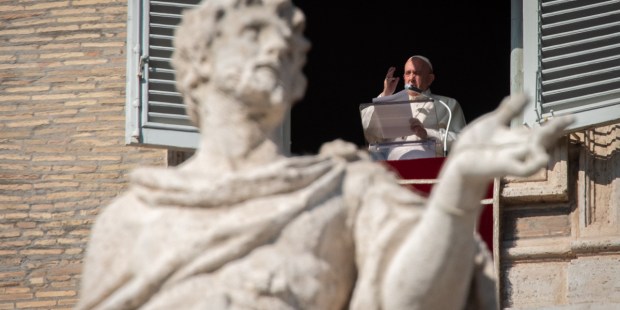 Citing changes to the understanding of the word ‘secretum,’ he changes name

It’s no secret that people misunderstand what the Vatican Secret Archive is all about.

Aleteia has tried to shed some light on the situation over the years. See, for example:

Read more:
The “secret” Vatican Archives are actually not that “secret” after all

Read more:
Shhh! This part of the Vatican contains the “Secret” Archives

But Pope Francis has stepped in to stop the confusion once and for all, simply changing the name from Vatican Secret Archive to Vatican Apostolic Archive.

Reaffirming its active desire to serve the Church and culture, the new name highlights the close link between the Roman See and the Archive, an indispensable instrument of the Petrine ministry, and at the same time underlines its immediate dependence on the Roman Pontiff, as is already the case in parallel for the name of the Vatican Apostolic Library.

The pope briefly explained why the archives had the designation of “secret” in the first place:

The term Secretum, which has become the institution’s proper name and which has prevailed in recent centuries, was justified because it indicated that the new Archive, created at the behest of my predecessor Paul V around 1610-1612, was none other than the Pope’s private, separate, reserved archive. This is how all the Popes always intended to define it, and this is how scholars still define it today, without any difficulty. This definition, moreover, was widespread, with similar meaning, in the courts of kings and princes, whose archives were defined indeed as secret.

But, he noted, changes in language have meant that the term has come to be misunderstood, and even taken on a negative meaning.

As long as there was still an awareness of the close link between the Latin language and the languages that derive from it, there was no need to explain or even justify this title of Archivum Secretum. With the progressive semantic changes that have however occurred in modern languages and in the cultures and social sensibilities of different nations, to a greater or lesser extent, the term Secretum in relation to the Vatican Archive began to be misunderstood, to be coloured with ambiguous, even negative nuances.

Having lost the true meaning of the term secretum and instinctively associating its value with the concept expressed by the modern word “secret”, in some areas and environments, even those of a certain cultural importance, this term has taken on the prejudicial meaning of secret, as in not to be revealed and reserved for a few.

This is entirely the opposite of what the Vatican Secret Archive has always been and intends to be, which – as my holy predecessor Paul VI said – preserves “echoes and vestiges” of the passage of the Lord in history (Teachings of Paul VI, I, 1963, p. 614). And the Church “is not afraid of history but, rather, she loves it, and would like to love it more and better, as God loves it!” (Address to the Officials of the Vatican Secret Archives, 4 March 2019: L’Osservatore Romano, 4-5 March 2019, p. 6).

Francis said that various collaborators have suggested a change to the name, and so, from now on, the Vatican Secret Archive will be called the Vatican Apostolic Archive, while the structure and its mission will be the same.