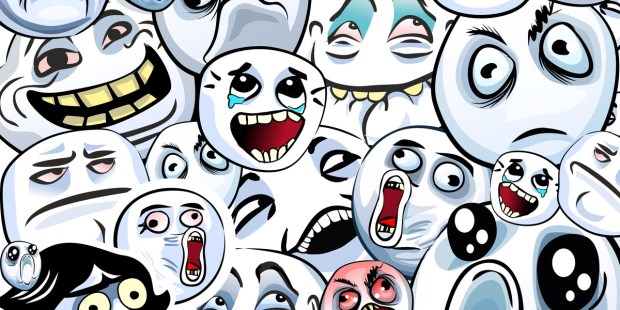 Catholics and Muslims alike find that “memes can maim.”

And what did you learn from them?

People share memes when they find them to be reflective of the truth about a particular subject matter, or at least when the meme lines up with that person’s line of thinking.

And when memes are at their best, they can teach everyone some particular fact about a topic.

But what if they are actually spreading falsehoods, and what if those untruths are about a particular religion?

That was the subject of a daylong conference in Washington, D.C., October 18. “Religion Beyond Memes” explored the role the internet images play in shaping the public perception of religions and religious people.

Memes are everywhere on Facebook and other forms of social media: an evocative photograph accompanied by some witty saying. Memes drive home their points with a photo that speaks a thousand words and a few words that take a particular viewpoint.

It’s enticing to rely on those few words for one’s knowledge about a subject, rather than read up on it in a book, article, or encyclopedia entry.

But while memes can be harmless fun, they can also wreak havoc.

“Memes can maim.” said Ebrahim Moosa of the University of Notre Dame, in a very meme-like fashion. Moosa, one of a dozen panelists at the October 18 conference, warned that memes can end up “discrediting an entire people.”

The conference was hosted by the University of Notre Dame’s Ansari Institute for Global Engagement with Religion. The institute was founded in 2017 with a $15 million philanthropic gift by Rafat and Zoreen Ansari, two doctors who live near the South Bend, Indiana, university. They are parents of an alumna.

Moosa, author of the 2015 book What Is a Madrasa?, said that a popular misconception often propagated via memes suggests that a madrasa, where young Muslims receive religious instruction, is a place where terrorists are trained. That and memes about Shariah law often paint Islam as a dangerous ideology, he said.

“What this does is it destroys the truth,” Moosa said. “We should not take the meme at face value. The meme then substitutes the truth for its own version of what it thinks is the truth.”

Catholic News Service pointed out that there are plenty of memes about the Catholic faith and its adherents, and that many of them are offensive. Some take the sex abuse scandal and paint all priests as abusers and Christians in general as judgmental, ignorant and hypocritical, the wire service said.

Americans’ knowledge of religion more and more comes from social media, said panelist Michael J. Murray, president of the Arthur Vining Davis Foundations. Religion online is often based on stereotypes, said Heidi Campbell, a professor of communications at Texas A&M, according to CNS:

Sometimes that’s because nuance can’t be captured in the succinct methods used in online communication, including memes. However, there are positive ways some use to express their religious identity online, Campbell said.