The Eleanor Crosses: A British royal romance etched in stone

Like the Taj Mahal, the 12 Eleanor Crosses are a symbol of a kingly grief.

There are more great British royal romances than some might imagine. It’s not all about Henry VIII cutting a poor figure of a husband with his six wives. A more positive example is Victoria and Albert, who were inseparable – until the Prince Consort’s early death.

It is through death that the more sentimental side of steely rulers from around the world is sometimes expressed. The ultimate is Shah Jehan and his favorite wife, Mumtaz Mahal. The Taj Mahal (1638) is still going strong as a symbol of his kingly grief.

The English equivalent is not going strong at all and was never admired by locals or foreign visitors as much as the Taj Mahal. The first problem for the Eleanor Crosses, built by King Edward I in the early 13th century, is that there are more than one. There are 12 of them, spread over a distance of 180 miles. The reason for not consolidating the tribute was that these crosses were a bonus on top of the regular tomb to Queen Eleanor of Castile that her husband arranged in Westminster Abbey. The king wanted to mark every resting place on the journey that Eleanor’s body took between the place of death (near Lincoln in the north of England) and Westminster Abbey in London. 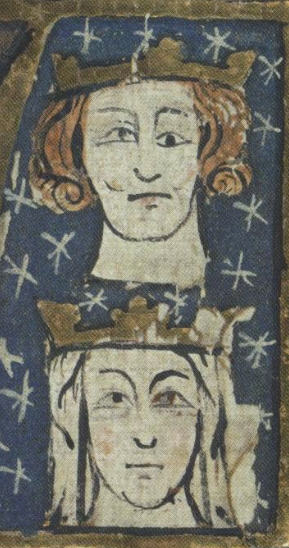 The journey took 12 days. By the standards of the time, this was not a bad average, but hardly royal express. Of course deference would have needed to be shown. The solemnity would have been lost with a coffin bouncing or sliding onto the highway.

It took much longer to build the crosses than to transport the embalmed body. Each of the 12 was different from the others, all carved from quality stone by masters of their craft.

The top of the pile was the one that is still the most famous, at least for tourists. Charing Cross is the official center of London and was Queen Eleanor’s last resting place before interment down the road in Westminster Abbey. Unfortunately, the largest and most lavish of the king’s memorials to his queen is also the least authentic. The original was taken down by the Puritan parliament in 1643. When it was rebuilt in the Victorian era, the look had changed entirely. Not even the location was original. King Edward’s version was where Trafalgar Square now stands, with a clear view down Whitehall towards the abbey.

The Victorian replacement was cleansed of all the Catholic imagery that had displeased roaming Puritan iconoclasts of two centuries before. More distressing for these guardians of morality was the only other Eleanor Cross located in London. This was to the east of Charing Cross, which was in those days countryside, in Cheapside – the heart of medieval London. With the heart metaphor in mind, it’s no surprise to find the queen’s most vital organ – preserved in Lincoln – was found a separate home at a local monastery in the neighborhood. The monastery was destroyed in the time of Henry VIII.

In Cheapside, anti-Catholic vandals had been taking aim at the local Eleanor Cross since the time of Queen Elizabeth I. Riots were not unusual as righteous anger would build up against more than solely Catholics. Symbols of kingship caused great displeasure during anti-monarchist eras, and then the theory went round that some pagan deities had been thrown into the decorative nightmare. The only consolation when seen through the more measured lens of modern life is that there were crowds prepared to defend their monument and heritage against the forces of destruction.

Although there is no trace of some of the crosses, a few are surprisingly intact. These tend to be in more remote areas than central London. Two of the best preserved are Geddington and Hardingstone, both in Northamptonshire, some way to the north the nation’s capital. This was a safe distance to be. Being less ornate also attracted less unwelcome attention. The descriptions of the original crosses are rarely helpful in establishing the original appearance, such as this one from 1540: “a right goodly crosse.” The cost of all the crosses was high, but Charing Cross seems to have cost at least five times more than the next most expensive.

Whether they survived or disappeared without a trace, they still serve as an effective memorial to a queen who was loved much more by her king than by the people. Using a multiple of 12, which may be relevant from a religious point of view, the grieving husband maximized the exposure of Eleanor of Castile. They may never present a challenge to the Taj Mahal’s placing on the UNESCO world heritage list, but they do tell of royal devotion in an era that is often seen as unromantic.

Another similarity with Shah Jehan and Mumtaz Mahal is the astonishing quantity of offspring that both couples produced. While the Mughal couple had 14 children together, Edward and Eleanor had 16.