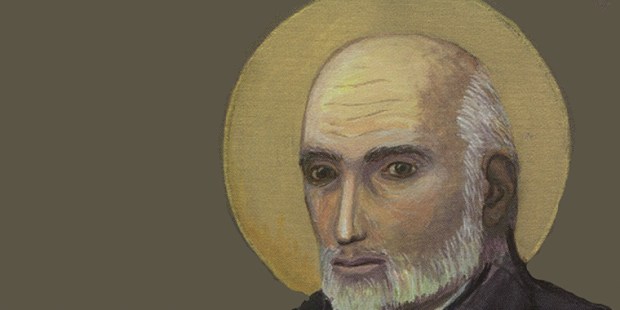 Have you ever been frustrated or angry when a visitor knocks at the door? Or do coworkers annoy you when they stop by your work station and disturb your concentration? Depending on the situation, it can be tempting to open the door in a highly agitated mood, prepared to let your visitor know the strong feelings you have.

Yet, it is at those simple moments of opening the door when our Christian faith should shine through.

St. Alphonsus Rodriguez, a Jesuit brother of the 17th century, knew this well and took his assignment of “door-keeper” with great vigilance and grace. Being stationed at a growing Jesuit college, he could have easily become a grumpy old porter who hated when someone knocked on the door. However, nothing fazed Alphonsus, even when visitors were angry with him for making them wait an extra few minutes.

According to biographer Francis Goldie in his Life of Alphonsus Rodriguez, it took a great deal of patience to be a good door keeper. People would frequently come to the door in a fit of rage and accuse him of any number of things, taking their frustration out on him. Nevertheless, even the most angry visitor did not alter the mood of Alphonsus, which had the effect of changing the mood of the visitor in the opposite direction.

Once he had chanced inadvertently to lock up a workman in the church. The man began to hammer loudly at the door; when Alonso opened it, the artisan stormed at the Brother; but he met this abuse with a gentle smile, so that the man as he went away, by the colonnade round the court, said to some of the Fathers, who had seen what had happened, “That Brother is not a man, he is an Angel.”

This was not an isolated incident as Alphonsus was tested like this on almost a daily basis.

[W]henever people grew impatient and roundly abused him for keeping them waiting at the door, he always met their anger with such silent sweetness that they grew calm at once. Boys often rang the bell and then ran away, and when they looked back from their hiding places, they always noticed that when he opened the door, instead of being cross he only laughed. Father Burguera, a Franciscan, who when a boy used to go to school at Montesion, says, that in spite of the annoyances caused to the good porter, he always was the same, with great modesty of bearing and conquest of self.

One of the secrets of his disposition was a short prayer that he prayed each time he answered the door.

Lord, I must open the door to Thee, for love of Thee.

Additionally, “Another practice of his, when he heard the door bell, was to make acts of joy in his heart, as if he were going to open the door to His God, as if God himself had rung the bell, saying, as he went, ‘I am coming, my Lord.’”

This type of grace and courtesy is a great reminder to us all of how to answer the door. We may not think opening the door to a visitor (or a salesman) may be part of the Christian life, but in fact it is one of the most basic ways we can express our charity.

The next time you hear the doorbell ring at an inopportune time, think of St. Alphonsus Rodriguez and pray, “I am coming, my Lord!”

Read more:
The curious connection between the job of doorkeeper and canonization