Take a trip beneath the streets to explore the city's only catacombs.

It was unheard of to build a parish cemetery such a distance from the church. But that’s exactly what happened. In the late 1700s, New York City’s first Catholic Church, St. Peter’s on Barclay Street, was faced with the uncomfortable reality that its tiny little cemetery had reached its capacity. Unfortunately for the trustees of the church, which was already on the outskirts of the settled area of the city, the nearest available land was even further away, amidst the plots of farmland to the north.

But distant land was better than no land and in 1801, “Tuckers Farm,” on the corner of Prince and Mott Streets, was purchased to provide additional space for the remains of those parishioners who had gone to rest.

Over the next few years the parish grew so rapidly with newly arrived immigrants that the next challenge was to find space to build a larger church. With the scant resources available there was only one viable option: to build the new church on top of the newly acquired cemetery. And in 1809 excavation of St. Peter’s Cemetery began, to make way for the first St. Patrick’s Cathedral. The new church would be erected in the center of the property, leaving cemetery space to the north and south of the edifice. 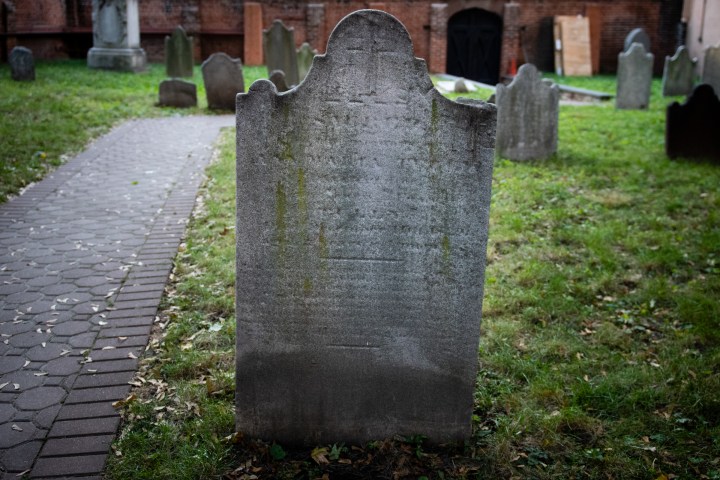 The remains that were exhumed in the process were re-interred in the adjacent plots, and several were moved to the catacombs that were constructed beneath the new church.

Over the next two centuries the vaults and plots would be filled with the remains of a number of pivotal figures in the history of New York and of the Catholic Church’s rise to prominence in the city. Some of their names:

To step through the heavy wooden doors and into the cool, dark tunnels is to take a journey back in time and encounter the silent witness of generations of men, women and families who were instrumental in laying the foundation for what is now the greatest city on earth. These men and women were committed to defending and building the Catholic church in New York City so that it would be preserved for generations to come.

So if you’re looking for a unique way to celebrate All Souls Day, a candlelight tour of the Catacombs can be a thrilling and inspiration experience. There are hourly tours available through the parish, which can be scheduled at the website.

“Eternal rest grant unto them, O Lord, and let perpetual light shine upon them. May their souls and all the souls of the faithful departed, through the mercy of God, rest in peace.”
Amen.