These movies will send chills up the spines of anyone who dares to watch them.

Whenever the topic of Catholic horror movies comes up, the go-to response is almost always William Friedkin’s The Exorcist. And why not? After all, the novel’s author William Peter Blatty often stated the story was his personal sermon on the reality of evil and our need for the Church to combat it. Still, there have to be more horror movies out there than just The Exorcist that deliver not only chills and thrills, but also paint the Church in a positive light, right? In fact, there are. Let’s take a look at five of them. 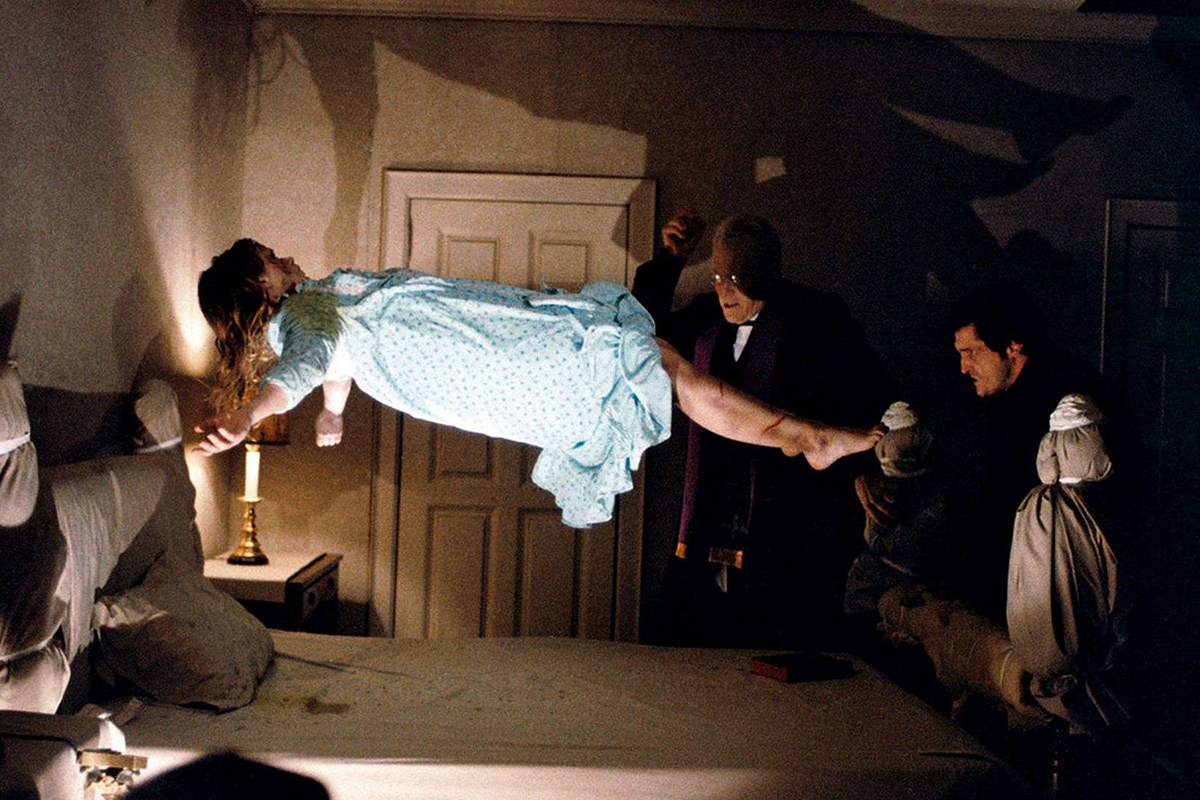 Bless the Child (2000) A lapsed Catholic nurse (Kim Basinger) and a former seminarian turned cop (Jimmy Smits) oppose a satanic cult in their efforts to tempt a young girl into becoming the antichrist rather the saint she is prophesied to be. To be sure, critics were not overly kind to Bless the Child when it hit theaters at the turn of the century, but like so many other critical punching bags, it isn’t really all that bad. Besides, how many other horror films out there have heroes who fight the forces of evil by relying on the intercession of the saints (the little girl actually receives a message directly from Mary), the help of angels (who tend to show up in the form of friendly strangers at just the right time), and lots and lots of prayer (the outcome of the entire final battle is actually affected by a group of nuns who aren’t even onsite, but rather back at the church on their knees in front of the tabernacle)? You can probably count them on the fingers of one hand.

The Sentinel (1977) Weird things are going on in the apartment building Alison Parker just moved into, and it has something to do with that weird blind priest who sits in the upstairs window all day. Wow, what a cast this thing has. There’s Chris Sarandon as an off-kilter murderous lawyer, Sylvia Miles and Beverly D’Angelo as a pair of bizarre predatory lesbians, Burgess Meredith as an old geezer who throws formal-dress birthday parties for his cat, and Eli Wallach and Christopher Walken (just think about that pairing for a minute, why don’t you) as buddy cops trying to make sense of the whole mess (Walken: “She … went to a party with … eight dead murderers?” Wallach: “Doesn’t everybody?”). But while the actors interpret their roles broadly, the religious angle of the story is played dead straight. Throughout the movie it’s made crystal clear that there is an unseen realm full of beings who want to hurt us, that part of the Church’s mission is to stand against them, and that what’s at stake in this struggle is our very souls. And when the denizens of hell begin to pour forth to threaten Alison, you’ll understand why The Sentinel came in at No. 46 on Bravo’s list of Scariest Movie Moments of all time.

This Night I’ll Possess Your Corpse (1967) In this sequel to At Midnight I’ll Take Your Soul, evangelistic atheist Coffin Joe continues his search for a woman worthy of bearing his son, a child he believes will usher in a golden age in which mankind finally overthrows the false notions of God and Satan. But even though Joe is almost entirely devoid of conscience, he does love all children, born and unborn (Where oh where did all those kinds of atheists go?). So even though Joe nonchalantly tosses five women into a pit full of poisonous snakes, once he learns that one of them was pregnant, he is overcome by guilt and dreams he is dragged into Hell. Unnerved, but still unconvinced, Joe challenges God, who immediately drops a tree on him. And even then, Joe refuses to give in until the very end. It’s all somewhat campy, but also unsettling at times, and if nothing else it goes to show that while there may or may not be atheists in foxholes, there are absolutely none once the gates to Hell are in sight.

Incubus (1966) This one is for the brave, not because it’s scary, but rather that it’s just uncompromisingly weird. It’s filmed entirely in Esperanto, a language none of the actors actually knew how to speak (and it shows). The only existing print of the film that wasn’t burned (no, seriously) has subtitles in the form of a big black box that’s placed almost squarely in the middle of the screen. And the movie has more art house pretensions than a whole night’s worth of Academy Award acceptance speeches. And did we mention that it stars William Shatner? In a pre-Star Trek turn he plays a good man whose love saves a demonic woman, but not before a lot of folklore-influenced battling between the forces of good and evil.

Dracula: Prince of Darkness (1966) After Incubus, perhaps something a bit more traditional might be in order, and what could be more so than a good old Hammer Horror featuring Christopher Lee’s Count Dracula. What earns this particular entry in the franchise a spot on our list is the character of Father Sandor. Now typically, Christian horror aficionados have to put up with the trope of religious figures who are more often than not ineffectual in the face of real evil. Not so Father Sandor. He’s a big, burly, bearded action figure of a priest who’s just as handy with a rifle as he is with a crucifix. And if there’s one thing clear from the first time he appears on screen, Father Sandor isn’t going to put up with any of Dracula’s vampire nonsense on his watch. Now that is a hero, and a movie, Catholic horror fans can get behind.