From the land of the Celts, Night of Light purifies Halloween’s roots 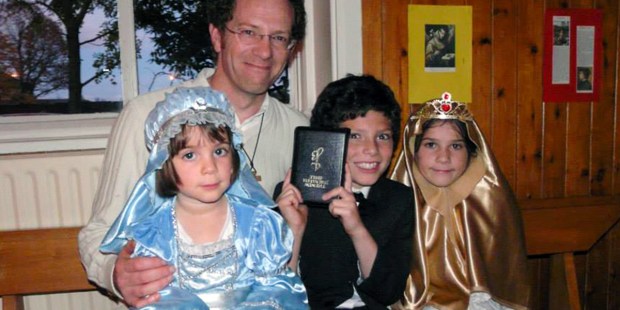 The initiative started southwest of London and has spread around the world.

Although a popular celebration, with an estimated 6 billion dollars annually spent in America alone, Halloween leaves many people of all beliefs in doubt, particularly because of the holiday’s treatment of death and the supernatural.

It is generally though that the roots of Halloween festivities stretch back to both Catholic and pagan elements.

From the pagan realm, we have “Samhain,” or the New Years celebration of the Celts who lived in the British Isles and northern France about 2,000 years ago. On that date, the night before the 1st of November, the Celts believed the border between our world and that of the dead blurred, making it the night in which the druids could prophesy concerning the future and spirits could cross over to our world. This celebration involved a number of sacrifices to the Celtic gods and other prophetic rites.

On the other hand, Halloween is “All Hallows Eve” — the night before the Catholic feast of All Saints Day.

Almost 20 years ago to the date, Damian Stayne, international speaker and founder of Cor et Lumen Christi Community in the southwest of London, England, started the Night of Light initiative.

The idea is simple: to keep all the fun and sweets of Halloween, but changing the focus from the darkness of death into the divine Light of the risen Jesus. This was done by replacing the costumes of monsters with saints’ costumes, celebrating a vigil Mass for All Saints Day followed by all-night adoration of Jesus in the Blessed Sacrament, and placing a light in your window with an icon of the risen Lord as a sign to all who pass by that Jesus Christ is the light of your home.

In the year 2000, the first year of the initiative, about 1,000 people participated. By the second year, more than 10,000 people all over the world joined the initiative to celebrate the light of God in our saints, to bring the light into the darkness of the world. This initiative has been adopted and adapted ever since.

And so from the land of the Celts, God brought light into this celebration 2,000 years later.

Getting to know the saints is one way to celebrate the light of All Saints Day. As we know these older brothers and sisters more, we can let their example shine in our own life.

With the online community of prayer Let us pray with the saints on Hozana, you can journey throughout the year with famous saints. The worldwide community sends an email reminder for their feast days, and inspiring thoughts about their life.

Let’s prepare to celebrate, not death but He who conquered death in His own flesh and in the life of so many saints.

Let us celebrate their life, the great work of love that God made of these men and women.

Let us through their intercession reach the same glory as they enjoy now in the presence of “the Source of all Light.”

Read more:
After Disney’s ‘Coco’ and now Barbie, what should Catholics know about the Day of the Dead?