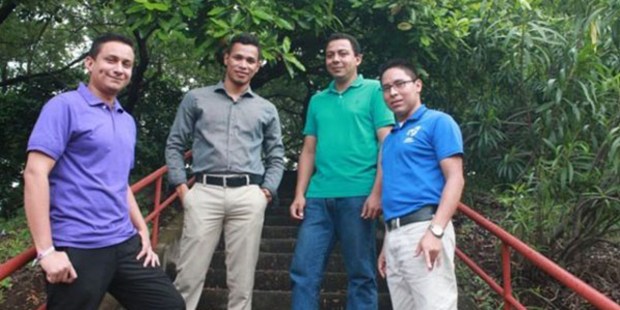 Unlike many other countries in Central America, Nicaragua is blessed with plentiful vocations to the priesthood, but it badly needs support.

Nicaragua is going through a major social and political crisis, which has left hundreds of people dead as a result of the harsh repression by police and paramilitary groups close to President Daniel Ortega. Economic instability is growing steadily worse. The Church in Nicaragua is a key player working for a peaceful solution to the conflict, a role that has sparked threats and violent attacks; the Church also suffers, alongside its people, economic hardship.

To continue its evangelizing mission and provide humanitarian support, the Church in Nicaragua looks to the formation of future priests. Unlike many other countries in Central America, Nicaragua is blessed with plentiful vocations to the priesthood, but it badly needs support to overcome a financial shortfall that is making it harder to house and educate seminarians.

“Before the current crisis, we used to ask each seminarian to contribute $10 a month towards the cost of running the seminary. Plus, each seminarian would pay for his own personal toiletries. But now many of them are telling me they don’t have enough even for such basic necessities,” says Father Francisco Tigerino, rector of the National Inter-diocesan Seminary of Our Lady of Fatima in the capital city of Managua.

“There are many needs, such as food and travel costs, but the heaviest burden is the maintenance of the building and the cost of light and power, which is steadily increasing owing to the lack of resources in the country,” explains Father Tigerino.

Aid to the Church in Need (ACN) has been supporting the seminary for many years. This year, the rector says, “your aid arrived exactly at the right time, just at the moment when we were most in need. Thanks to your contribution, we were able to cover the cost of maintaining the building, and paying the academic and secretarial staff.”

Engels Mauricio Berríos is in his first year of theology. He says: “I am extremely grateful to all those who have so kindly thought of the needs of our seminary and who constantly support this noble work of the Church in forming men for the priestly life and so make it possible to spread the kingdom of Our Lord Jesus Christ, by training shepherds who, as Pope Francis says, will have the smell of the sheep.”

Next to him, smiling, is Teófilo Jassiel Zamora. He says: “We are truly brothers, even though we come from such different places,” adding: “It is a great joy to us that despite the social, political and economic situation, this seminary is able to continue, thanks to your support. It would be a tragedy to have to abandon it on account of the political situation or the economic crisis, because it has been the home of all the priests in Nicaragua and it is part of the patrimony of the Church.”

Father Tigerino expresses hope that peace and stability will return to Nicaragua. That, he says, “is our daily prayer.” But the situation is very difficult. The priest continues: “There are a great many leaving Nicaragua; there is a great deal of unemployment; factories and other workplaces have been forced to close because they have no money to pay their staff.

“Many of our students are from rural areas, and since the rains have come very late this year, some of their families have lost their means of livelihood.”

He again thanks the donors of ACN for their solidarity. He says: “May God bless you for your generosity. What most impresses me is that there are people on the other side of the world who are helping us, people whom we will undoubtedly never meet or get to know. They are helping because we are all one Church, united in love of the Kingdom of God.”

In addition to supporting the seminary of Our Lady of Fatima, ACN is also helping fund the formation of 60 seminarians in the Diocese of Granada and 37 seminarians in the new diocesan seminary of Matagalpa. ACN is also supporting the establishment of additional seminaries in other dioceses. This article was published at ACN’s website and is republished here with kind permission.