Why Pius XI wanted everyone to proclaim that “Jesus is King” 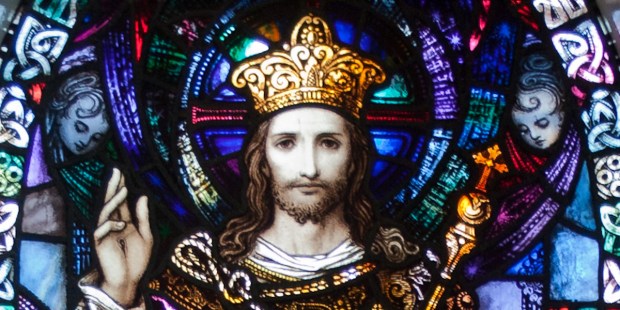 He believed that recognizing Jesus as King would lead to lasting peace on earth.

The world was in turmoil in the 1920s during the aftermath of World War I. Political leaders were struggling to stabilize their countries and many of them began turning to violent methods to keep their subjects in line. Pope Pius XI knew that something needed to happen, and so he published an encyclical in 1925 that he prayed would lead to world peace.

The encyclical was entitled Quas Primas, and in it Pius XI boldly proclaimed, “When once men recognize, both in private and in public life, that Christ is King, society will at last receive the great blessings of real liberty, well-ordered discipline, peace and harmony.”

He explained that Christ’s kingship would have a profound effect on all society if it were recognized.

If princes and magistrates duly elected are filled with the persuasion that they rule, not by their own right, but by the mandate and in the place of the Divine King, they will exercise their authority piously and wisely, and they will make laws and administer them, having in view the common good and also the human dignity of their subjects. The result will be a stable peace and tranquility, for there will be no longer any cause of discontent. Men will see in their king or in their rulers men like themselves, perhaps unworthy or open to criticism, but they will not on that account refuse obedience if they see reflected in them the authority of Christ God and Man. Peace and harmony, too, will result; for with the spread and the universal extent of the kingdom of Christ men will become more and more conscious of the link that binds them together, and thus many conflicts will be either prevented entirely or at least their bitterness will be diminished.

This “kingship” that Pius XI speaks about is where Jesus is the “King of Hearts,” highlighting his “his mercy and kindness which draw all men to him, for never has it been known, nor will it ever be, that man be loved so much and so universally as Jesus Christ.”

Jesus is the King of kings, the one who rules not with an iron rod, but as a loving father who serves his children with humility and compassion. Jesus is not a dictator who seeks to dominate humanity, but a King of love, who sets before us an example to follow.

How can we establish this “kingdom” on earth?

Pius XI explains that Jesus’ kingdom “demands of its subjects a spirit of detachment from riches and earthly things, and a spirit of gentleness. They must hunger and thirst after justice, and more than this, they must deny themselves and carry the cross.”

Let us not be afraid to proclaim that “Jesus is King” in our lives, for when we do, we are ready to fight under his banner for peace in the world through mercy, kindness and gentleness. We will not conquer the world through the sword, but by following our leader into a spiritual battle that is fought in the heart.

Read more:
A regal litany to Jesus, King of the Universe

Read more:
Pray this novena to prepare for the feast of Christ the King