The pope we can thank for Wednesday audiences 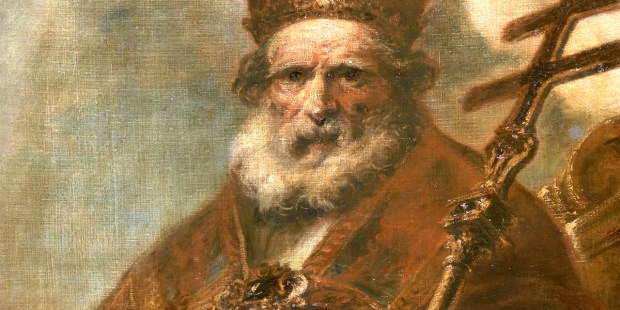 We know that Leo the Great was available to preach to and guide his flock, even in the face of danger.

A tourist in Rome quickly realizes that, despite what friends and family from home might have requested, it’s not so easy to “Say hi to the pope for me.”

There are two main exceptions in the weekly schedule of the popes, however: The Wednesday general audiences, and the Sunday midday Angelus (or Regina Caeli, during Easter season).

During these two weekly appointments, any pilgrim has a chance to see the pope. He or she just has to show up to St. Peter’s Square, pass some minimal security, and enter, free of charge.

On Wednesdays, thanks to the pope’s tour through St. Peter’s Square on the popemobile, you can get close enough for a great picture, and if you’re lucky — like one young woman at last Wednesday’s general audience — you might shout loud enough for the pope to hear you and respond. “Holy Father, it’s my birthday! Give me your blessing,” she called out in his native Spanish. And from the popemobile, his face lit up, and he did indeed bless her.

Others who are likely to get an interaction with the pope at the Wednesday audience are the many adorable babies who are lifted for a papal kiss — some understandably scared by the experience, others who react with delight.

In any case, this accessibility of the pope is well-rooted in the history of the Church. We can imagine that the very first popes were fairly easy to access (think of the accounts of St. Peter in Acts of the Apostles). But as the Church grew, it became more difficult.

Still, already as far back as St. Leo the Great, who was Successor of Peter from 440 to 461, we have handed down to us his preaching to the people who gathered round him during celebrations.

Pope Benedict XVI, in 2008, dedicated a general audience to the legacy of Pope Leo the Great. Noting this extant preaching to the people, he said:

[He] was also the first Pope whose preaching to the people who gathered round him during celebrations has come down to us. We spontaneously think of him also in the context of today’s Wednesday General Audiences, events that in past decades have become a customary meeting of the Bishop of Rome with the faithful and the many visitors from every part of the world.

Leo has gone down in history, though, not so much because of his availability to the people, but more for the complexity of the times in which he lived.

Benedict noted Leo’s legendary meeting with Attila, chief of the Huns, in Mantua, and his success at dissuading him from continuing the war of invasion by which he had already devastated the northeastern regions of Italy.

As well, he spoke of the less successful venture that points to Leo’s tremendous courage:

In the spring of 455 Leo did not manage to prevent Genseric’s Vandals, who had reached the gates of Rome, from invading the undefended city that they plundered for two weeks. This gesture of the Pope — who, defenceless and surrounded by his clergy, went forth to meet the invader to implore him to desist — nevertheless prevented Rome from being burned and assured that the Basilicas of St Peter, St Paul and St John, in which part of the terrified population sought refuge, were spared.

Benedict explained that we still have almost 100 of Leo’s sermons “in a splendid and clear Latin,” as well as approximately 150 letters.

In these texts the Pontiff appears in all his greatness, devoted to the service of truth in charity through an assiduous exercise of the Word which shows him to us as both Theologian and Pastor.

Read more:
How does a saint become “the Great”?