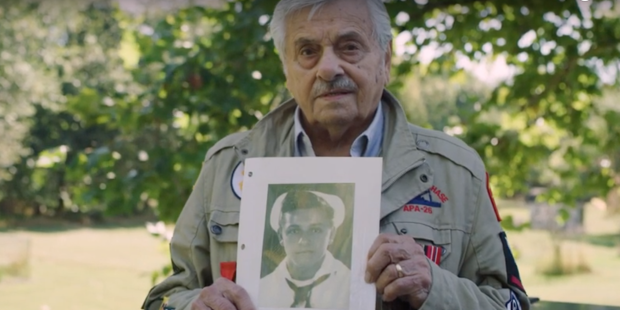 Frank DeVita says, “God was watching over me.” Joining the Knights of Columbus when he got home was “the best decision I ever made.”

Having seen most of his fellow soldiers die at Normandy, DeVita says, “God was watching over me. People think I’m a hero, but I’m not a hero — I’m a survivor.”

When he returned home, he made a decision that changed the course of the rest of his life. He joined the Knights of Columbus, a Catholic fraternal organization devoted to serving others and spreading the Gospel.

“I didn’t know what to do. I’m a religious person, I believe in God. I pray every morning and I pray every night. You leave war. War never leaves you. I decided I was going to join the Knights. It was the best decision I ever made. We help people. We feed the poor. We go to hospitals, we talk to people. It’s a giving organization. I get a lot of of the Knights –they give more than I give.”