The facts are in: Children need fathers 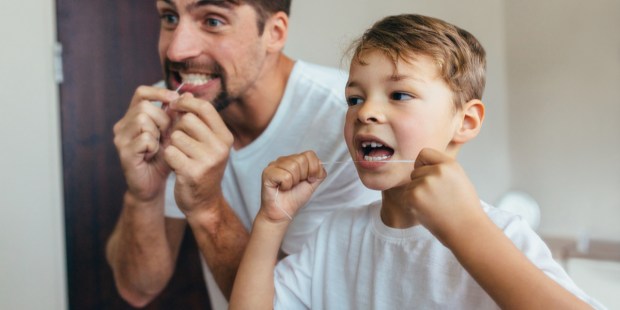 Statistics show that children who grow up without a father figure are more likely to develop behavioral and emotional problems.

Statistics show that many countries are experiencing an increase in the number of families in which no father figure is present. In the US, currently one out of every three children grows up without a father, which  means 25 million American children are in this situation.

In the case of the European countries of Sweden, Iceland, and France, single mothers now outnumber mothers with a spouse or partner. In Spain, the profile of a juvenile delinquent is that of an underaged male without a father, according to statistics from that country’s Attorney General’s office.

Do children need to have a father figure while growing up? Can they do without? Will growing up without a father affect them?

Law professor Maria Calvo from Charles III University in Madrid states that the presence of a father is necessary and that, in his absence, children suffer important deficiencies that then have negative consequences for society as a whole.

Statistics that make you think

According to Calvo, there are statistics that should make us reflect:

90% of the young men in prison in the United States grew up without a father.

After the Tottenham riots in the United Kingdom in 2011, a sociological follow-up survey was performed on the more than 1,000 people who were arrested, and it turned out that 85% of them had grown up without a father.

At that time, Prime Minister David Cameron drew a direct line from the absence of fathers in the home to the chaos on the streets—not that it was the only factor, but a key one nonetheless.

Especially between the ages of 3 and 5

Maria Calvo laments that today the father figure has been devalued in our society, and there is a growing mentality that children can grow up just the same without a father.

“Especially between the ages of three and five, young boys need the presence of their father as a model of masculinity,” Calvo said recently at a round table organized by the Villacisneros Foundation in Madrid.

When a masculine role model is missing, young boys can grow up guided by stereotypes that orient them towards violence and male chauvinistic behaviors.

They can also fall prey to a negative view of life: “The nihilist philosophers—Nietzsche, Bertrand Russell, and Albert Camus—grew up without a father.”

In the case of Camus, Professor Calvo explains that the French author had handwritten a few lines in the margin of a manuscript that was found when he died after having been hit by a car at the age of 46, a text that would later be published as The First Man :

Calvo says that, in raising children, the father compensates for the maternal desire to give their children everything. The father is also often the one who establishes children’s sense of hierarchy, primarily that of the authority of parents with respect to the children, but also that of teachers, police, and authorities in general.

At the same time, fathers represent freedom, Calvo explains, because they push children beyond the boundaries allowed by their sometimes overprotective mothers.

A father and mother are both necessary

In this way, the best education a child can receive is that which comes from having both a mother and a father. Both are necessary for a child’s full development. When this is impossible, the absence of the father or mother will have to be taken into account, and steps will have to be taken to ensure there are people who can help compensate for the absence of the missing parent.