Teenage boy devotes last months of his life to the poor 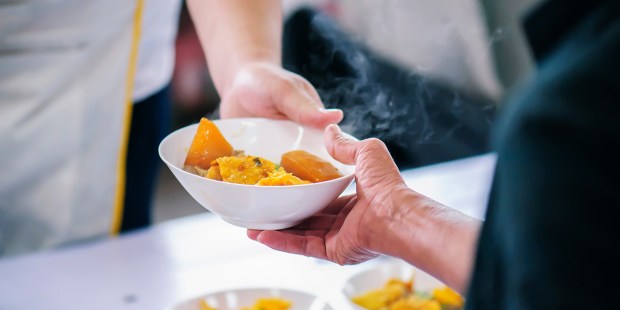 When Nicholas Peters found out he was dying he decided to offer “food and God” to the needy.

If you had just a few months left to live, how would you want to spend your time?

Most of us would probably want to be with family and friends, or maybe visiting places we’d always dreamed of seeing. But for 19-year-old Nicholas Peters, after a three year battle with liver cancer, when he realized he had little time left, he decided to devote his time and energy to helping others.

Having read the Bible 15 times during his treatment, Nicholas was inspired to spread the Word to vulnerable members of society, while ensuring they were well fed. Along with a companion the family had hired named Mel, Nicholas took to the streets for 40 hours a week to offer “food and God” to the homebound and the homeless, his mom Becky Peters explained in Catholic San Francisco.

By working in soup kitchens and homeless encampments, the teen was able to offer a supportive presence to those in need. And if that weren’t enough, after he’d finish his work he would head to parks with any leftovers from the soup kitchen.

However, Nicholas’ desire to help the needy went beyond offering food and spiritual comfort. The youngster also offered practical advice, such as helping with resumés, as well as trying to find solutions for finding a place for the homeless to sleep. All this with the knowledge that he would soon be dying.

Jennifer Krau, a nurse who treated Nicholas at the Lucile Packard Children’s Hospital at Stanford University, explains the impact of her patient’s efforts in a letter she wrote to him:

Nicholas, without ever intending to, you have taught me that the measure of who we are lies in the person we choose to be as we face our darkest days.

Becky Peters, the mom of the former student of St. Charles School, San Carlos, explained that her son’s “biggest mission was spreading God’s word and giving dignity to the homeless,” during an awards ceremony at the St. Vincent de Paul Society of San Mateo County in September.

The organization wanted to pay tribute to Nicholas’ selfless work by renaming their youth service award the “Nicholas J. Peters Ozanam Spirit Award.” The future recipient will be a young person who has demonstrated service to the poor and needy. Fittingly, the award honors the lives of Nicholas, along with Frederic Ozanam, the French university student who founded the St. Vincent de Paul Society.