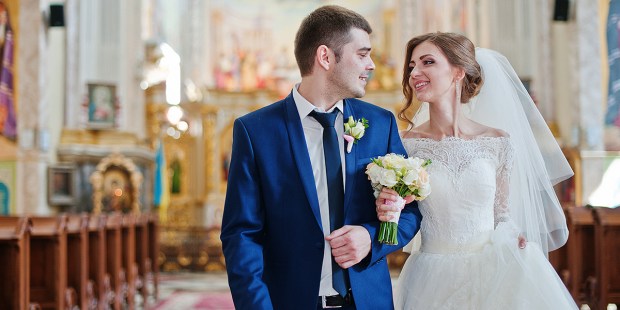 The Church’s prohibition against marriage among relatives has made a big difference.

In a world that sometimes seems to be increasingly homogenized, many differences still remain among peoples and the way different cultures approach life. A team of American researchers has developed a theory that the Catholic Church has been a central player in determining some of those differences.

In fact, Western Civilization has taken a very different course from the rest of the world due in large measure to the influence of Roman Catholicism, according to a paper published last week in Science. The research was conducted by George Mason University economists Jonathan Schulz and Jonathan Beauchamp and Harvard University evolutionary biologists Joseph Henrich and Duman Bahrami-Rad.

“That story begins with kinship networks—the tribes and clans of densely connected, insular groups of relatives who formed most human societies before medieval times,” according to a summary of the research by the Washington Post. “Catholic Church teachings disrupted those networks, in large part by prohibiting marriage between relatives (which had been de rigueur), and eventually provoked a wholesale transformation of communities, changing the norm from large clans into small, monogamous nuclear families.

“That cultural overhaul, the researchers argue, prompted tremendous changes to human psychology,” the Post said. “The team analyzed Vatican records to document the extent of a country’s or region’s exposure to Catholicism before the year 1500, and found that longer exposure to Catholicism correlated with low measures of kinship intensity in the modern era, including low rates of cousins marrying each other. Both measures correlated with psychology, the researchers found by looking at 24 different psychological traits of people in different cultures: Countries exposed to Catholicism early have citizens today who exhibit qualities such as being more individualistic and independent, and being more trusting of strangers.”

One of the researchers, Duman Bahrami-Rad, is from Iran, where he said marriage between cousins is common. He confessed that when he first came to the United States, he thought it was “weird that Westerners don’t fall in love with their cousins.”

“Weird,” in fact, turned out to be an acronym one of the researchers, Henrich, had already introduced. In his theory, “WEIRD” countries are “Western, educated, industrialized, rich and democratic.” They share a set of psychological traits, including high levels of individualism and trust in strangers, that set them apart from other cultures, even Christian ones (notably, lands where the Eastern Orthodox Churches predominated).

The effects—and the differences—could also be seen in places that were colonized by the European powers. For example, since Latin America was colonized by Spain, which is a Catholic culture, one would expect the “Weird” phenomenon to permeate Latin America. But it also has to be remembered that Spain was predominated by Islam for a significant period of time before 1492. So the “Weird” effect can be better discerned in a place like New England, which was colonized by the English. Although we tend to think of the British explorers and colonists as Protestants, the effect the Catholic Church had on English culture is overwhelming, since England was a Catholic country until the Reformation.

“The researchers assert that they can trace all sorts of modern-day differences among cultures—from donating blood to strangers to paying parking tickets—to the influence of medieval Catholicism,” the Post reported.

“The longer the duration under the Church will predict greater individualism, less conformity and obedience, and more cooperation and trust with strangers,” said Henrich. “Our findings have big implications.”