Cut food loss and waste in half by 2030, Vatican conference demands 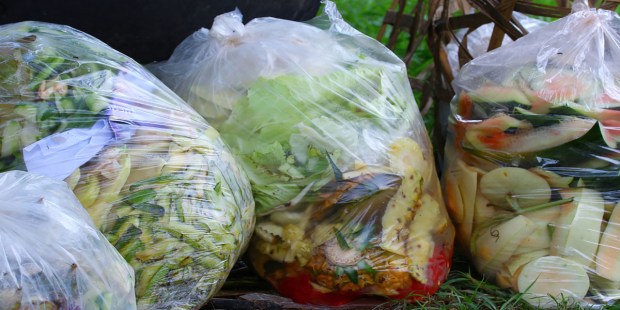 While 800 million go hungry every day, a third of the world’s food gets lost or wasted.

According to research by the British advocacy group WRAP, about one-third of all food produced in the world is lost or wasted. WRAP based that estimate on statistics from the U.N. Food and Agriculture Organization (FAO).

At the same time, according to Yolanda Kakabadse, a former Ecuadorian environment minister, “800 million people go to sleep every day without food.”

For participants in a Vatican conference this week, that situation cries out for a solution to the problem of food waste and food loss. More than 50 scientists, academics, economists, corporate leaders and United Nations officials from 24 countries appealed to governments to commit to halving food waste and loss by 2030, according to Reuters.

“We call on our leaders, and on all of us, for deepened commitment to action toward halving food loss and waste by 2030 — an achievable goal based on existing knowledge and technology,” said a statement from the conference, convened by the Pontifical Council for Science.

WRAP’s chief executive Marcus Gover told participants that about 10 million tons of food is lost or wasted in Great Britain each year. He estimated that such an amount would fill St. Peter’s Square 10 times.

Grover pointed to a study showing that, out of 100 potatoes ordered by a London restaurant, only 25 were actually eaten.

Reuters explained that generally speaking, food loss refers to what is lost on the way from production to the consumer, including damage in transport or storage. Food waste, on the other hand, is that which is discarded by the consumer, restaurants or supermarkets.

“We must put an end to the culture of waste, we who pray to the Lord to give us our daily bread,” Pope Francis stated on Twitter as the conference opened. “Food waste contributes to hunger and to climate change.”

Roy Steiner, senior vice president of the Rockefeller Foundation, said waste prevention programs in the United States had identified 100 million pounds of surplus food each year that could be redistributed to needy families.

The final statement called for better education, behavioral change by consumers, and alliances among governments, business, environmental and religious groups.