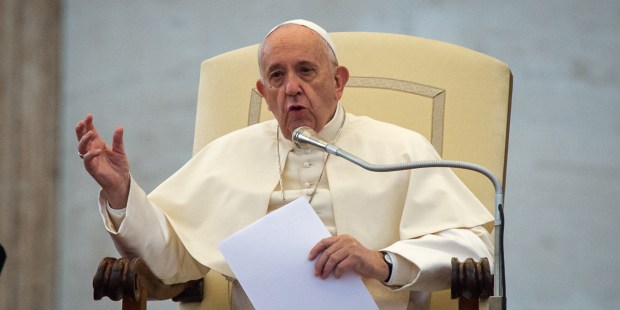 Armenian Catholic father and son priests were killed by terrorists

“I am close to Armenian Catholics of Qamishli, in Syria, as they gather for the funeral of their parish priest, Father Hovsep Bedoyan,” Pope Francis said on his Twitter account on November 12, 2019. The priest was killed on November 11 in an attack in the northeast of the country.

Fr. Joseph Hanna Ibrahim — his name in Arabic — was travelling with his father, a priest of the Armenian Catholic Church, and two other people to Syrian Mesopotamia. At a roadblock, their vehicle was targeted by terrorists. Of the four passengers, the older priest died instantly, while his son died in the ambulance on the way to Hassaké. The other two passengers, a layman and a deacon, were able to escape.

Pope Francis sent a message of compassion by means of his Twitter account the day after the attack. “I am close to Armenian Catholics of Qamishli, in Syria, as they gather for the funeral of their parish priest, Father Hovsep Bedoyan, who was killed yesterday together with his father,” said the Supreme Pontiff. “I pray for them, their families, and for all Christians in Syria,” he concluded.

The funeral rites the two priests were held on November 12 at St. Joseph’s Cathedral in Qamishli.

Father Hanna Ibrahim was on his way to the reconstruction site of a church in the city of Dei ez-Zor, formerly controlled by the Islamic State. Launched in 2018, this reconstruction project is supported by the French association L’Œuvre d’Orient. The latter immediately condemned the attack perpetrated against the priest who was “particularly active in projects for reconstruction and for receiving refugee populations in eastern Syria.”

In its press release, L’Œuvre d’Orient also points out that terrorist actions taking place in Syria and in Iraq fall into the category of genocide, according to French penal code. The victims are being “tortured, driven out, or killed” by the Islamic State as well as by even more violent terrorist groups.