I need you, Pope Francis tells those “at the foot of the Cross” 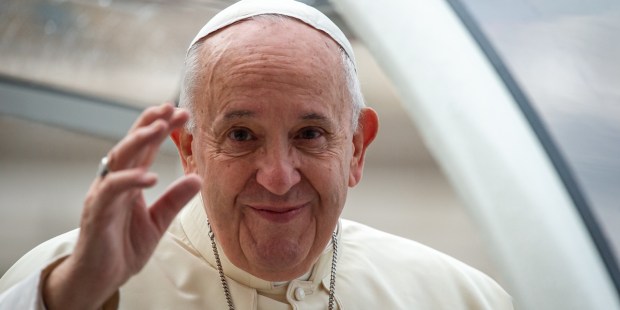 The pope assured all those who are suffering that their prayers are particularly powerful, and that they are in God’s heart

Marking the 3rd World Day of the Poor, the Fratello association invited believers to spend four days on pilgrimage in Lourdes with socially excluded people.

In a video message to those gathered in France for the event, the pope tells those who are “at the foot of the Cross” that “I need you, every one of you.” He explained that all of them, in the various causes of their sufferings, have powerful prayers. “God listens especially to your prayer,” he said.

The Church has celebrated the World Day of the Poor on the 33rd Sunday of Ordinary Time since 2017.  Pope Francis established the commemoration in his Apostolic Letter, Misericordia et Misera, to celebrate the end of the Extraordinary Jubilee of Mercy.

The theme for the 2019 World Day of the Poor is “The Hope of the poor shall not perish for ever.”

“You who are little, who are poor, fragile, you are the Church’s treasure. You are in the Pope’s  heart, in Mary’s heart, in God’s heart,” Francis says in the video message.

He also urges us all to give, saying there is “no one so poor as to have nothing to give.”