If you need certainty of God’s care, call on Our Lady of Divine Providence 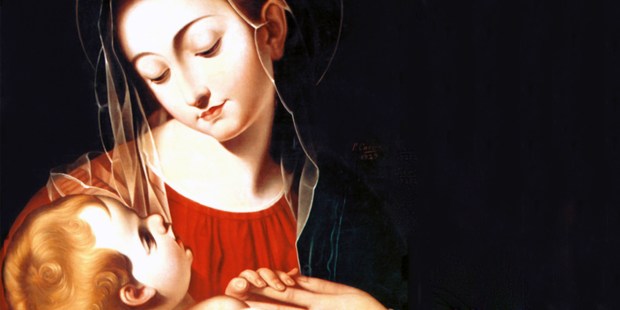 This devotion stretches back to Cana but took on its specific character in the 16th century.

The Gospel account of the Wedding Feast at Cana, where Christ worked his first miracle thanks to Mary’s intercession, has brought us another feast day, known as Mary, Mother of Divine Providence, or simply Our Lady of Providence.

The devotion to Our Lady of Divine Providence did not begin specifically until the 16th century, with the artist Scipione Pulzone in 1580 painting a picture of the Blessed Virgin titled “Mater Divinae Providentiae.”

In the painting, Mary is cradling the baby Jesus in the crook of her arm. The child is squeezing His mother’s finger as they look at each other. This is the reason Our Lady of Providence is also known as the Queen of the Home; Mary’s finger, being squeezed by Jesus’ hand, has been taken to indicate the power Jesus gives Her.

Read more:
Are you stuck in the past or worried about the future? St. John Paul II shows you the path to freedom

Pulzone painted his picture based on a tradition that began in 1521. The Blessed Mother had appeared to a man unable to speak or hear, named Bartolomeo Coppa, in Fossano, Italy. Bartolomeo, who had been born with his disability, was a shepherd who herded cattle. In his poverty, he had a distasteful appearance, and people avoided him. The shepherd did his work, being ignored by most everyone.

Then one day, while out in the fields, he saw a lovely lady dressed all in white approaching him. He was stunned but immediately sensed the love and kindness coming from this unknown woman. He stood still, and the lady blessed him, smiled at him, and just like that, he was cured of all his disabilities.

The lady told Bartolomeo that she wanted him to begin preaching penance to the people of Fossano, where many had fallen into sin. She warned him to tell them that if they did not repent a deadly scourge would come upon them. Bartolomeo did as the lady asked and, even though he had been miraculously cured, the people paid no attention to him.

Bartolomeo preached for three days to no avail. He went back to the site of his miracle cure and fell asleep. Our Lady came to him again, this time dressed all in blue. She knew he was hungry and gave him three loaves of bread and asked him to preach again. He ate some, distributed the rest, and reminded all the people of his previous warnings. Instead of the people listening, he was mocked and ridiculed.

Six months later, a horrible plague broke out in and around Fossano. Thousands died, and death and sadness were everywhere. Remembering Bartolomeo’s warning, the people gathered together and began begging the Blessed Virgin for compassion. The plague subsided and vanished, and on the site of her apparitions to Bartolomeo, a chapel was built. It was called Our Lady of Divine Providence.

Sometime around 1611, a priest from the Clerics Regular of St. Paul (Barnabites) traveled to Loreto to pray for financial assistance to help the order complete the work on their church at San Carlo a Catinari (St. Charles) in Rome. When he returned home, the necessary assistance had arrived, and the Barnabites began to promote devotion to Our Lady of Providence. In 1663 the Barnabites were given the painting by Pulzone, and they placed it in the rectory of St. Charles, behind the main altar. Here they built a simple shrine for Our Lady.

Soon, people from all over Italy began coming to visit the shrine. Many had their prayers answered, and the devotion grew. Many of the grateful pilgrims left votive tablets, which to this day, account for the prayers answered through the power of the Mother of God. In  1774, Pope Benedict XIV established the Confraternity of Our Lady of Providence.

Since that time, Our Lady of Providence has received many special honors. Among these was Pope Leo XIII approving the solemn crowning of the Miraculous Lady and the Mass and Office of Mary, Mother of Divine Providence.

Lastly, in the United Staes, there is the National Shrine of Our Lady of Providence located in St. Mary of the Woods, Indiana.

Our Lady of Providence, please pray for us.

Read more:
Was St. Jude the one getting married in Cana?