Exclusive photos: Witness the breathtaking Mass of the Americas in Washington, DC

The first-ever performance of the new musical setting adapted for Mass in the Extraordinary Form.

As the sun cast its first rays on the Capitol dome, thousands of faithful descended on the unofficial parish church of the United States’ capital, the Basilica of the National Shrine of the Immaculate Conception, just outside the gates of the corridors of power, to raise their hearts to Christ in a prayer for the nation and a return to the sacred.

At a time when our great nation suffers an identity crisis beyond measure, devolving it to a nation divided against itself, and the Church in America is suffering in tandem a period marked by scandal and loss of the sense of the sacred, the Mass of the Americas plants its flag on the frontline in the nation’s capital as a beacon of hope and a call to a return to a deep sense of the sacred through beauty. 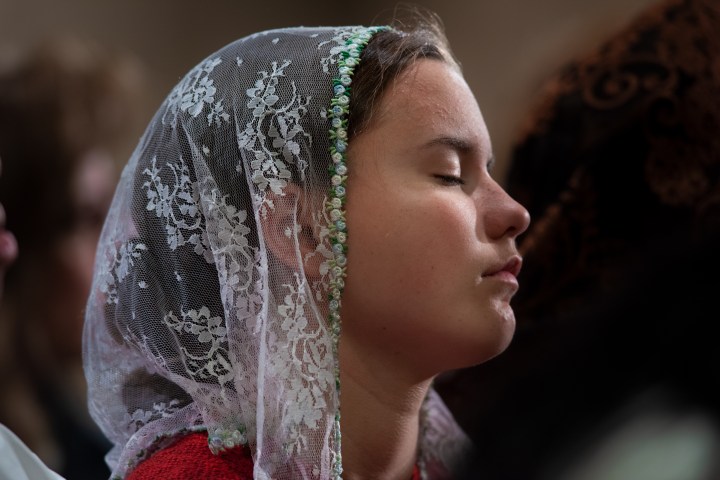 The Solemn Pontifical High Mass honoring the Blessed Virgin Mary under her titles of Our Lady of Guadalupe and Our Lady of the Immaculate Conception (the Patroness of Mexico and all of the Americas, and the Patroness of the United States) was celebrated in Latin by Archbishop Salvatore Cordileone of San Francisco. The Mass celebrated in the Extraordinary Form immediately recalled a sense of the sacred through its very rich and complex symbolism, each implement and motion having profound meaning. But what really raised this Mass to new heights was the music.

Under the patronage of the Benedict XVI Institute for Sacred Music and Divine Worship, composer Frank LaRocca’s  new composition, “Mass of the Americas,” debuted in its first-ever performance as an integral part of the Extraordinary Form liturgy, having been adapted from the original which is intended for use in the Ordinary Form. The work was performed by the Benedict XVI Choir and conducted by Richard Sparks.

This truly breathtaking confluence of the highest form of prayer and high art transcends consciousness and enables one to be raised to a place of unfathomable contemplation of Christ and His True Presence in the Eucharist.

In his homily, Archbishop Cordileone echoed the words of Servant of God Dorothy Day, “The absence of beauty and the prevalence of the ugly eventually corrupts a soul leading to spiritual misery,” he said. “Goodness feeds the body, truth feeds the mind, and beauty feeds the soul … perhaps it is the absence of beauty which is most lacking in the world today, which explains the spiritual malaise in which we find ourselves.”

Beauty indeed is a powerful means of attracting a soul to Christ, and perhaps this new initiative, and others to follow, will touch and inspire a generation to have a renewed sense of awe, the same awe that is evoked when one brushes against the Divine.

The Mass will be touring the country with stops in San Francisco, Houston, Dallas and Tijuana. To learn more, visit the Benedict XVI Institute website MassOfTheAmericas.com.