It took 40 years for St. Rose Philippine Duchesne to become a missionary 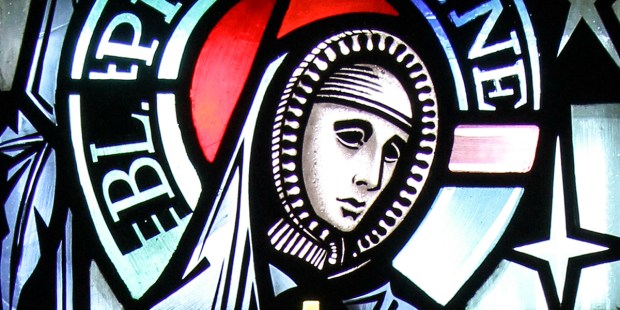 Her story reminds us that God’s will is fulfilled on his time, not ours!

Sometimes we are impatient with God. We have a desire or dream and we want it to happen now! However, often God will make us wait, forming us into a better person, more capable to receive his gifts.

Such was the case with St. Rose Philippine Duchesne, who spent most of her life in disappointment, always wanting to be a religious missionary but never being able to fulfill that call.

It all started when she was eight years old and brought in contact with a missionary who was working in America. This was during the 18th century, when many French missionaries were exploring the uncharted land of what would later become the United States and Canada. The stories she heard inflamed in her little soul a desire to spread the Gospel in foreign lands. A short biography of her in the book Historic Nuns relates her early hopes and dreams for the future.

[S]he was brought in contact with a priest who had been laboring in Louisiana, and told the children stories about the [Native Americans]. She was only eight years old when her little head and heart were possessed with the idea that it must be “a great happiness to be a missionary.” And the horrible stories of [the] Jesuit Fathers who had been shot, scalped, and cut in pieces only excited her to envy!

She did not shy away from the thought of martyrdom, which is certainly not a normal inclination of an 8-year-old girl! However, her dreams of being a missionary would have to be put on hold.

When she turned 18 various suitors were presented to her by her parents, but she refused to get married and wanted to pursue religious life. Her plans were quickly thwarted by the tumultuous French Revolution and she was not able to enter any religious order.

At one point she even had hopes of re-establishing a monastery, purchasing a building that once served a group of religious sisters. Even that failed and she was left crying, trying to figure out what God had in store for her.

In God’s providence, she would be put in touch with Madeleine Sophie Barat and enter the Society of the Sacred Heart. This was a step in the right direction, but she still felt called to serve in the New World as a missionary.

Then one day another providential encounter set her on the path to fulfill her lifelong dream.

[S]he had heard of a missionary priest who had recently been made Bishop of New Orleans. Here was a chance, indeed! His name was Monsignor Dubourg, and he had come over to France to [find] recruits for his diocese, and to get money for his various works. He had been preaching in Lyons with extraordinary success. Thus when the new Bishop came to call on Madame Barat at the Rue des Postes, the nuns were familiar with his name. Madame Duchesne happened to be portress, and it was she who went to announce his visit to Madame Barat, and, [said to her]: “Now is the hour of Providence! I do beseech of you, Reverend Mother, not to miss the opportunity. You have only a word to say. I implore you say it.”

Barat permitted Duchesne to go and shortly thereafter Duchesne found herself in America, traveling down the Mississippi River and establishing schools and ministering to the Native Americans along the way. Duchesne was 49 years old when she traveled to the New World, ending her 40-year wait to become a missionary.

Her story reminds us that patience is certainly a virtue and all you need to worry about is following God’s will. We may want to do something now and feel that God is calling us to it. However, we need to remember that God acts on his time, not ours.

Read more:
St. Madeline Sophie Barat: A preemie who grew up to change the world

Read more:
Meet the saint who opened the first free school west of the Mississippi