Pope to Japanese: With you, I pray nuclear weapons will never be used again 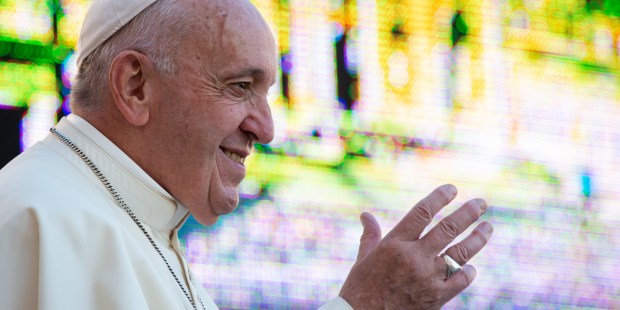 Notes Church’s teaching on the immorality of nuclear weapons

Pope Francis sent a video message to the people of Japan in the lead-up to his visit there at the end of this week, noting that they are a people who knows well the “suffering caused by war.” The pope will visit Japan from November 23 to 26.

“Together with you, I pray that the destructive power of nuclear weapons will never be unleashed again in human history.”

The Holy Father reiterated the Church’s teaching, based on the indiscriminate effects of nuclear weapons, which bring the death of non-combatants as well as military personnel: “The use of nuclear weapons is immoral.”

As the Catechism notes for one of the conditions for a war to be considered “just”:

– the use of arms must not produce evils and disorders graver than the evil to be eliminated. The power of modem means of destruction weighs very heavily in evaluating this condition.

The theme of the pope’s Japan visit is “protect all life.”

You also know the importance of a culture of dialogue, of fraternity, especially among different religious traditions, which can help to overcome division, promote respect for human dignity, and advance the integral development of all peoples.

I trust that my visit will encourage you along the path of mutual respect and encounter that leads to a secure and lasting peace, which never turns back upon itself. Peace is beautiful. And when it is real, it does not retreat: it defends itself with every ounce of strength.

Read more:
Francis will get to visit his 2nd cousin in Thailand during trip next week