Mark your calendar: Fulton Sheen to be beatified December 21 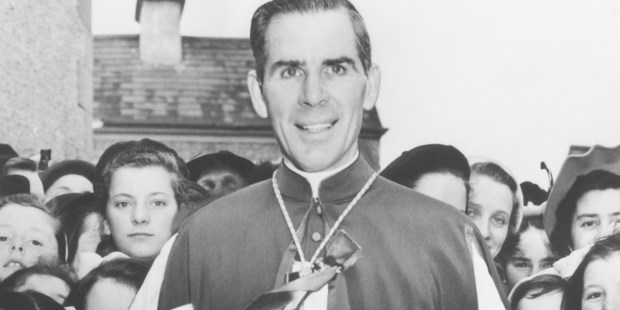 The bishop announced Monday that he had gotten word from the Vatican that day: “Confirmation of Sheen’s Beatification date was received with enthusiasm, and plans for the Beatification are already underway. The Beatification Ceremony will be held on 10:00 a.m. on December 21, 2019, at the Cathedral of St. Mary of the Immaculate Conception in Peoria, Illinois.”

This is the cathedral where Bishop Sheen was ordained a priest 100 years ago this year, on September 20, 1919.

Sheen’s body is now entombed at the cathedral, “in a marble vault next to the altar where he was ordained.”

Bishop Sheen died December 9, 1979, but since December 9 is already the feast day of Saint Juan Diego, it is likely that the Congregation for Divine Worship will select another date for his feast.

Earlier this year, the Vatican recognized the miracle attributed to Sheen’s intercession: a boy born apparently stillborn in September 2010 near Peoria recovered after 61 minutes without a heartbeat.

The child is named James Fulton Engstrom, and is a healthy youngster today.