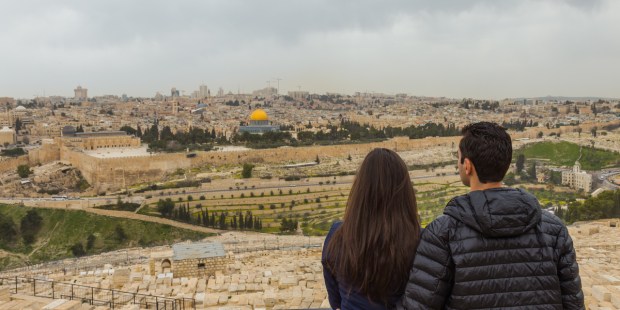 Israelis and Palestinians have right to live in peace and security, Vatican says

A Holy See Press Office communiquè on Wednesday reiterated the Vatican’s long-held position regarding peace in the land where Jesus lived. The Holy See has for years called for a two-state solution to the troubles in the Middle East.

“In the context of recent decisions that risk undermining further the Israeli-Palestinian peace process and the already fragile regional stability, the Holy See reiterates its position of a two-state solution for two peoples, as the only way to reach a complete solution to this age-old conflict.”

The statement reiterated the Vatican’s support of “the right of the State of Israel to live in peace and security within the borders recognized by the international community,” and said it “supports the same right that belongs to the Palestinian people, which must be recognized, respected and implemented.”

The statement also urges that “the two Parties, negotiating directly with each other, with the support of the international community and in compliance with United Nations resolutions, may find a fair compromise, which takes into account the legitimate aspirations of the two peoples.”

The Secretary of State of US President Donald Trump announced Monday that the United States does not consider Israeli settlements in the West Bank a violation of international law. This was a reversal of long-held American policy.