A 160-room guesthouse is scheduled to open next week at the site of what is believed to be the ancient remains of Mary Magdalene’s hometown, located along the western shore of the Sea of Galilee.

According to accounts in the New Testament, Mary Magdalene was a disciple of Jesus, a witness of his death on the cross, and the first witness of the Resurrection.

The new accommodations are the culmination of the Magdala Project, an initiative conceived in 2004 to build a retreat center in Galilee, where much of Jesus’ ministry took place. The construction project was halted when archaeologists discovered the remains of the 1st-century city, believed to be the hometown of Mary Magdalene, under the guesthouse’s proposed location. 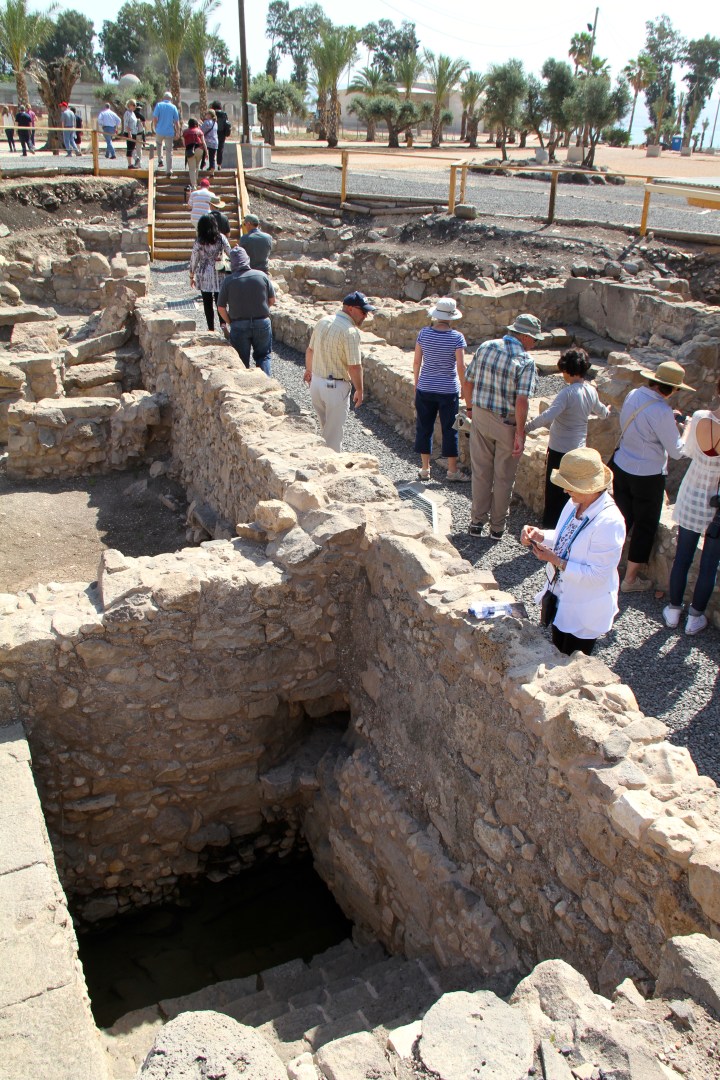 A guesthouse with an archaeological site under it

The idea for a retreat center in Galilee was the brainchild of Fr. Juan M. Solana, director of the Pontifical Institute Notre Dame of Jerusalem Center.

In 2009, after Fr. Solana and members of his order, the Legionaries of Christ, acquired land on the western shore of the Sea of Galilee near the Israeli town of Migdal and the Arab village of Al-Majdal (both named after the ancient town of Magdala), all that remained for construction to begin was a routine inspection from the Israeli Antiquities Authority.

Inspectors unexpectedly discovered a stone bench buried beneath the site, and further digging unearthed the remains of a 1st-century synagogue decorated in elaborate mosaics and frescoes, and a local coin from the year 29, placing activity at the site to a time when Jesus and Mary Magdalene walked the earth. All construction was stopped for the time being.

The guesthouse project was put on hold, and the site was instead developed as a tourist and pilgrimage destination, given the the archaeological and religious significance of the findings.

Jesus’ disciples may have worshiped there

Fr. Eamon Kelly, vice-chargé of the Pontifical Institute of Notre Dame, who is also involved in the Magdala Project, told Aleteia’s Zoe Romanowsky that the ancient synagogue may have served Jesus’ disciples.

“Among the Jewish people who used it would have been Jesus’ disciples who were not yet separated from the Jews, and for this reason the synagogue is also a kind of ‘icon’ of our commonality, what we share from our origins,” said Fr. Kelly.

Magdala, a tourist and pilgrimage destination

Among the findings discovered within the ancient synagogue was the “Magdala Stone.” It is believed to be a miniature representation of the Second Temple of Jerusalem, which was destroyed in 70 AD. Carved on its surface is the oldest stone sculpture of a menorah ever found. Excavations that followed uncovered a marketplace and village area, mikvehs (Jewish ritual baths) fed by natural spring water, and the remains of a port and fish-processing facility.

While archaeologists have yet to find concrete evidence tying the site to St. Mary Magdalene, testimony from early pilgrims to the Holy Land connects her to Magdala.

Dr. Marcela Zapata-Meza, from Anahuac University in Mexico and Director of the Archaeological Excavations on site, notes that “the early pilgrims to the Holy Land, such as those from the 4th and 5th centuries – Theodosius and Epifanio — described Magdala as the birthplace or hometown of Mary Magdalene. In Epifanio;s case he wrote, ́ … there was a church in the place known as Magdala acknowledging the house where Mary Magdalene lived before the Lord healed her. ́”

After 15 years, the new guesthouse opens

Visitors to the archaeological site, which has been open to the public since 2014, can also visit the Boat Chapel, with its boat-shaped altar overlooking the Sea of Galilee.On May 26, 2014, while on a pastoral pilgrimage to the Holy Land, Pope Francis blessed the chapel’s tabernacle.

The new guesthouse features 160 luxuriously decorated rooms with balconies and views of the Sea of Galilee and the Magdala Archaeological Park.

On November 24 the guesthouse will be officially inaugurated with a celebration that will include representatives from major Christian leaders of the Holy Land, the Government of Israel, Israel Ministry of Tourism, the Mayor of Migdal and the Israel Antiquities Authority. The event will be live-streamed through the Magdala Project’s website, www.magdala.org and on various social media sites.