Rise in attacks on churches, Christian symbols and cemeteries across Europe, group says 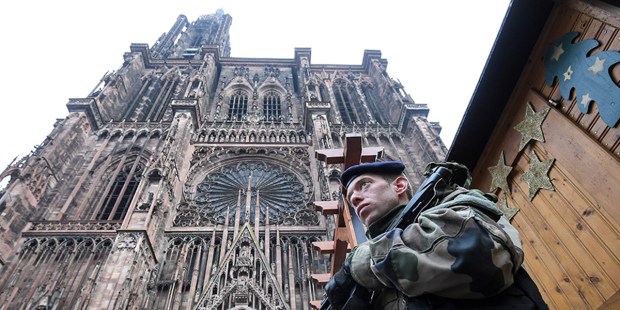 Observatory on Intolerance and Discrimination Against Christians documents over 325 incidents in 2018.

A European non-governmental organization that keeps track of incidents against Christians in Europe has documented over 325 such incidents in 2018.

A new report from the Observatory on Intolerance and Discrimination Against Christians illustrates a range of hostilities experienced by Christians in their daily lives: from the “squeeze” of interference with religious liberty, parental rights, freedom of expression and conscience, to the “smash” of physical attacks and vandalism of churches and cemeteries. The report also claims that Christian asylum seekers have faced particular difficulties in Europe.

“In 2018, the Observatory documented a rise in the number of churches, Christian symbols, and cemeteries across Europe being vandalized, desecrated, and burned, compared to previous years. But these incidents do not provide a complete picture of the situation for Christians in Europe,” according to a press statement from the NGO.

“We have seen Christian-run businesses financially ruined, street preachers arrested, Christians forced to choose between their moral values and their professions, Christian student groups and speakers silenced on campuses, asylum claims of Christian refugees arbitrarily denied, and parental rights trampled on by overreaching governmental interference,” said Ellen Fantini, the Observatory’s Executive Director. “Fundamental rights are rendered meaningless if they cannot be freely exercised by all Europeans.”

The report was released in time for this year’s observance of the UN-established International Day for Tolerance, November 16.

“We find that two terms ‘squeeze’ and ‘smash’ used by the Christian charity Open Doors in its annual World Watch List to be informative as we discuss the situation for Christians in Europe,” the Observatory report says. “We witness Christians being ‘squeezed’ in many different ways in Europe: from interference with freedoms of conscience, expression, and association to denial of access to justice and legal services. The rights of Christian parents to raise their children in conformity with their faith are infringed. Christian-owned businesses are sued or forced out of business because of discriminatory ‘equality’ policies. Christian religious symbols are removed from the public square, Christians are subjected to negative stereotyping in the media, and Christian groups are excluded from university campuses.”

“Smash,” meanwhile, describes incidents of violence or aggression, and ranges from vandalism and desecration of Christian sites to threats and physical violence against Christians because of their faith, the Observatory explains.

Churches, cemeteries and Christian events were targeted throughout Europe throughout 2018, the report documented. One of the best known incidents was the attack on the Christmas market in Strasbourg, which prosecutors declared an act of terrorism, committed by an Islamist extremist who had previously pledged alliance to the Islamic State group. During the attack, the suspect shouted “Allahu Akbar.” Security experts said the Christmas market was likely targeted both because it was crowded and because of its connection to Christianity and Christian symbolism. The December 11 attack left five people dead and about a dozen people injured.

Elsewhere in 2018, according to the Observatory report, the chapel of the Universidad Autónoma de Madrid was attacked with incendiary devices thrown through a window. In addition to trying to destroy the chapel, the perpetrators left the anarchist slogan “The only church that illuminates is the one that burns” on the walls. In March, the 14th-century St. Jodok Church in Ravensburg, Germany, was torched by an arsonist, causing 20 million euros in damage. In April, someone looted the church of Saint-Martin in Warmifontaine, Belgium, breaking open the tabernacle with a crowbar and stealing ciboria containing consecrated Hosts, chalices, and hand-carved statues. In September, a 29-year-old set fire to one of Finland’s oldest wooden church (from 1770) in Joensuu, Finland, completely destroying it.

The Observatory is calling on governments in Europe to collect data with the aim of monitoring hate crimes against Christians and against religious properties and compile national reports on hate crimes; develop and implement national action plans to prevent and respond to hate crimes; and institute national bans on deportation of Christian converts to countries where apostasy is punishable by imprisonment or death.