The tallest statue of Jesus is in Poland

Built in 2010 in Świebodzin, “Christ the King” is 33 meters tall -- a reference to the age of Christ when he died.

The statue of “Christ the Redeemer,” towering over the picturesque mountain of Corcovado in Rio de Janeiro, Brazil, is probably the most iconic representation of Jesus in the world. But when it comes to actual size, Cristo Redentor actually ranks in second place. According to the Guiness Book of World Records, the tallest statue of Jesus is in Świebodzin, Poland. 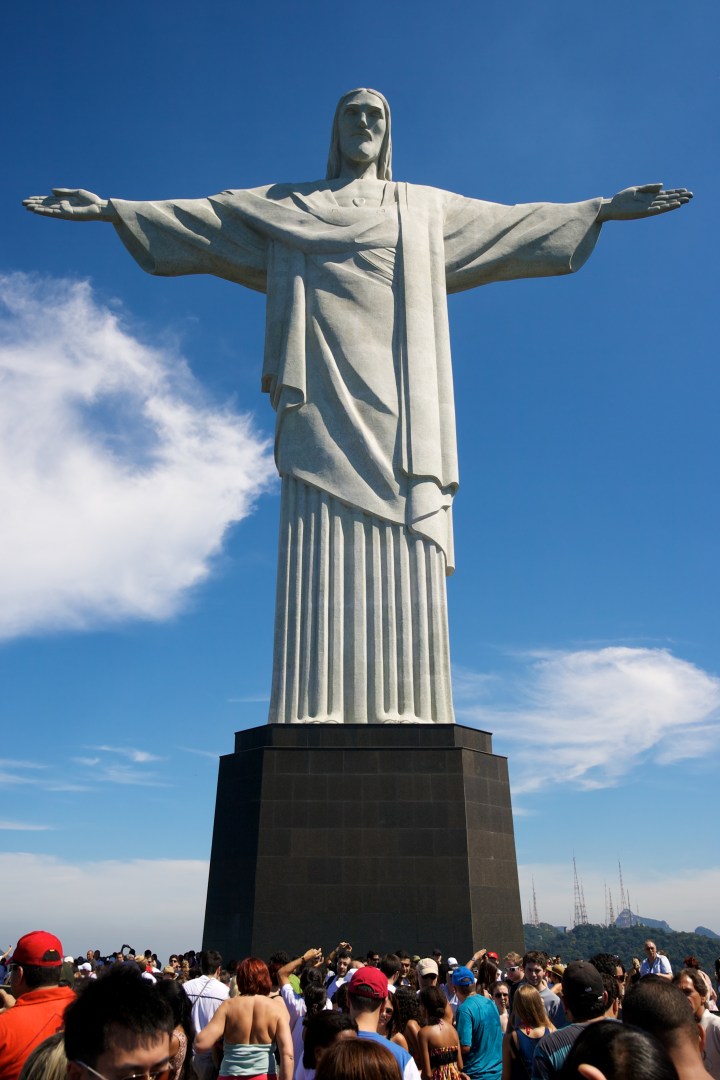 Built in 2010 by order of local priest Sylwester Zawadzki, the statue was financed entirely through donations by the local Catholic community and foreign contributors based as far away as Canada. It took five years to complete the stone and fiberglass statue, which measures 33 meters in height (108 ft)– a reference to the age of Christ when he died.

The entire team involved with the design and construction of the 440-ton statue was recruited from Świebodzin and surroundings. The main design was completed by Mirosław Kazimierz Patecki, while Marian Wybraniec took care of designing the base on which the statue rests.

As with “Christ the Redeemer,” Jesus is shown with open arms, a symbol of his embrace of all mankind. But while the Brazilian statue shows Jesus wearing a simple robe and no crown, the statue of “Christ the King” features a 6-foot-tall gilded crown.

“This is the culmination of my life’s work as a priest,” Sylwester Zawadzki said to the Warsaw Business Journalafter the last piece of the statue was assembled. “I felt inspired to fulfill Jesus’ will, and today I give thanks to him for allowing me to fulfill his will.”

Since its construction, “Christ the King” has attracted tourists to the little known town of Świebodzin and was featured in a Polish film (Mug), which was awarded the Grand Jury Prize at the Berlin Film Festival in 2018.

To visit: Świebodzin can easily be reached by car or train from Berlin, Germany, which is located only 114 miles away.