Was America’s first Mass in Kansas? 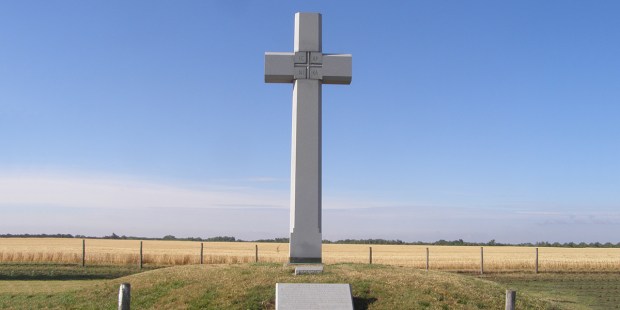 In the mid-1500s a Spanish missionary priest ended up in Kansas and celebrated a Mass of thanksgiving after he arrived.

Catholic historians love to debate when and where the first Mass was celebrated on American soil.

One preface to the debates is how broadly “America” is defined, as it could include both North America and South America, or it could only refer to what is now the United States of America.

One of the boldest claims is that St. Brendan celebrated the first Mass in America in the 6th century!

Read more:
Was St. Brendan the first to celebrate a thanksgiving Mass in America?

There are countless other claims, including Nordic explorers, Icelandic bishops, and a slew of Spanish priests who explored the southern parts of the United States (for a more lengthy discussion about the first Mass, check out this article by John B. Buescher at The Catholic World Report).

Besides some of the better known stories, one fascinating part of history is a Mass celebrated in the middle of Kansas!

The priest was Father Juan de Padilla, and he accompanied Spanish explorer Francisco Vásquez de Coronado on a search for the legendary “Seven Cities of Gold.” Father Padilla first came to Mexico in 1528 and remained there for several years ministering to the local population.

Then in 1540, Coronado heard that the Seven Cities might be located in what is modern-day Kansas. He immediately set out and Father Padilla accompanied him.

According to writer Kathie Bell of the Daily Globe, “on June 29, 1541, [Padilla] held the first Christian service in what is now the State of Kansas. The Mass was in thanksgiving for having brought them safely so far.”

The location of this Mass is commemorated by a large cross near Lyons, Kansas, erected in 1950.

Coronado was not pleased when he didn’t find any gold and went back to the Southwest shortly after arrival. However, Padilla remained behind and wanted to evangelize the native population.

After some initial success, Padilla went in search of other tribes and was attacked by a band of native warriors. Reports say that he was killed while kneeling in prayer.

The location of his martyrdom is uncertain, though many claim he was martyred in Kansas, making him one of the first martyrs on American soil.

Whether or not Padilla celebrated the first Mass in the United States is up for debate, as it is difficult to discern with certainty, when the celebration of a Mass was not always recorded in historical documents. Historians will always have differing views and everyone seems to claim something different.

Whatever the truth may be, the adventures of Father Padilla make a fascinating chapter in American Catholicism. The stories of these early missionaries are only the beginning of the beautiful and complex history of the Church in the New World.

Read more:
The first Thanksgiving in America was a Catholic Mass