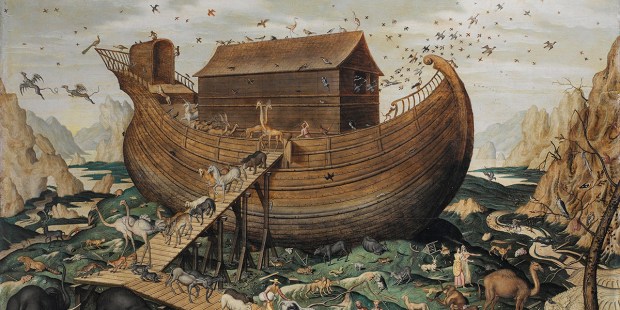 3D imaging from underground suggests there is a ship buried, but whether it is the Ark or not has yet to be revealed.

New developments in the search for Noah’s Ark have experts confident that we will soon have definitive proof that Noah’s Ark is buried in Turkey.

In 1959, expert cartographer Captain İlhan Durupınar discovered an irregular formation in the mountains of Eastern Turkey that resembles a massive ship. For 60 years experts and the faithful have theorized that this is the famed spot of the landing of Noah’s Ark, a notion that has sparked debate in both scientific and religious communities.

In 2017, filmmaker Cem Sertesen released the documentary Noah’s Ark, which brought together 22 years of research into the area where many believe the great biblical vessel rests. Now, Sertesen is preparing a sequel, Noah’s Ark-2, which will focus on new developments in the investigation of this secluded mountain range.

Recently, computer engineer and archaeologist Andrew Jones and geophysicist John Larsen have made a study of the location, utilizing 3D imaging technology to scan under the ground. While the images have yet to be released — as they will be with the release of the second documentary — the parties involved seem to be convinced that we are closer than ever to realizing this piece of our cultural history.

“These are the actual images of the Noah’s Ark. They are neither fake nor simulation. They show the entire ship buried underground.” Sertesen added, “It’s a ship, but it’s too early to call it Noah’s Ark. We have to do a lot of work. This can only be done with the support of universities and the Turkish state.”

Sertesen explained that the images were taken by sending electrical signals through cables they placed underground around the area. He stressed that there is nothing fabricated in their 3D imaging and that the results they will present are undoctored photos of what is really below the earth.

The release of the new documentary has yet to be announced, but it is possible that they will wait until they’ve had a chance to excavate the area before completing the film.