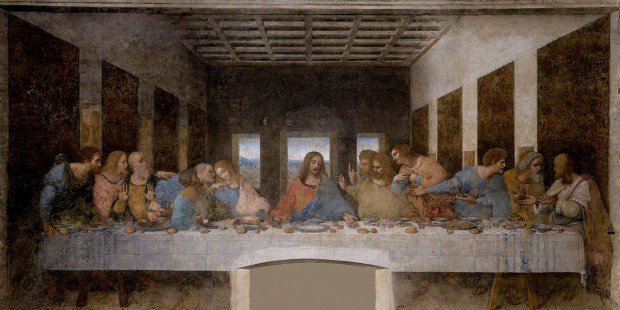 Michelangelo’s “Creation of Adam” in the Sistine Chapel came in at No. 10, in CNN’s list.

Among the 10 most famous paintings in the world are two treasures of sacred art from the Italian Renaissance, according to a list compiled by CNN.

The news website compiled a list of the “10 most famous paintings in the world,” based on the number of times people searched for them on Google.

It would come as no surprise to anyone who has encountered the crowds at Paris’ Louvre Museum that Leonardo da Vinci’s “Mona Lisa” tops the list as the most famous painting in the world.

Coming in second place was Leonardo’s “The Last Supper,” painted between 1503 and 1519. The mural painted on the wall of the refectory of the Convent of Santa Maria delle Grazie in Milan, Italy, depicts the moment Jesus told the Apostles that one of them would betray him.

The other great work of sacred art that made the list, at #10, is Michelangelo’s “Creation of Adam,” painted on the ceiling of the Sistine Chapel at the Vatican (1508-1512).