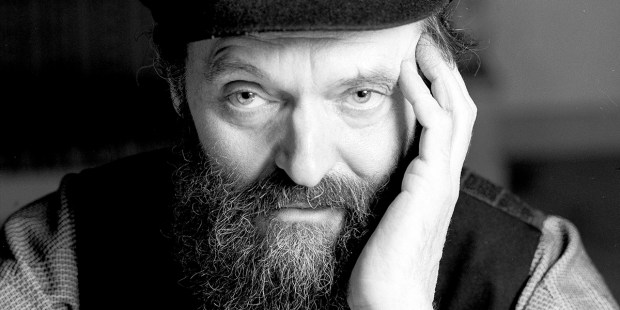 The musical work was commissioned for the 90th Katholikentag, a festival organized by lay Catholics in German-speaking countries.

In November 2017, the Ratzinger Prize was awarded for the first time to a non-theologian: the Orthodox Estonian composer Arvo Pärt.

Partly inspired by Gregorian chant, Pärt developed his own unique composition technique, tintinnabuli (from the Latin tintinnabulum, “bell”), a simple style that springs from Pärt’s approach to both mysticism and minimalism.  In fact, he is considered the founder and still main representative of “holy minimalism” in contemporary music.

The Creed in the video below is from one of Pärt’s major compositions: The Berlin Mass (“Berliner Masse,” in the original German). It was commissioned for the 90th Katholikentag, a festival organized by lay Catholics in German-speaking countries, and performed for the first time at St. Hedwig’s Cathedral in Berlin, on May 24, 1990, for the Feast of the Ascension.