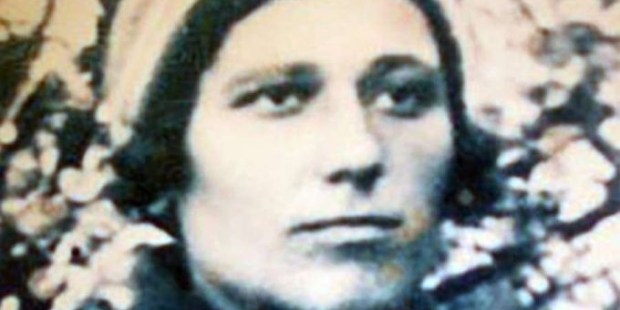 She was shot for hosting a Rosary prayer group at her home.

In 1937, the Soviet communist regime accused Ukrainian Catholic woman Janina Jandulska of directing a “subversive political organization.” The only organization that she was involved in, however, was a Living Rosary prayer group, which she had joined at the age of 30. Nonetheless, the absurd accusation of subversive political activism led to her being imprisoned and killed. Her story was told in The God of the Gulag: Volume One: Martyrs in an Age of Revolution by Jonathan Luxmoore.

Janina lived with her mother in the Ukrainian town of Wierzboviec. The Soviets, in the name of their atheist Communist ideology, had set about shutting down seminaries and arresting priests, so many people under Communist rule began to participate in Catholic groups organized by lay people to teach catechism and offer spiritual and moral support to the community. Under these circumstances, Janina joined the Living Rosary.

Although she was aware of the risks, Janina agreed to host a meeting of the Living Rosary at her home. Unfortunately, the Communist authorities got wind of it, and Janina was arrested.

Here is a record of the questions the prosecutor asked her, as reported in the National Catholic Register:

“‘Are you head of the Rosary?’

‘Yes, I am the head of the Living Rosary. But it isn’t an organization – we simply pray to God.’

‘How many of you are there?’

‘Fifteen! And you say it isn’t an organization. Who recruited you, and who sends you literature?’

The prosecutor did not accept Janina’s reply that the Living Rosary simply met to pray to God; and, in any event, he reminded her:

‘For you there is no God, but for us God exists.’

The prosecutor looked at this poor disabled woman in front of him, and, perhaps with glee pointed out: ‘But you are here now (so) who will replace you?’

‘Someone who believes in God.’”

She was taken away and shot as she sat in her wheelchair. Shortly afterwards, her mother was informed that her daughter had died of a “liver infection.” Eventually, however, the truth surfaced. Today, Janina’s picture hangs in a Catholic church in her hometown, where she is honored as a martyr of the faith.

Today, Christians continue to face persecution; ordinary men and women like Janina suffering for their faith at the hands of radical extremist Muslims, Hindu extremism, oppressive Communist governments, etc. For example, despite attempts at diplomacy, the Chinese government destroyed two Marian shrines last year and in 2019 has continued its destructive campaign against Catholics who resist joining the state-sanctioned Patriotic Association. In Syria, Islamist terrorists recently killed a priest who had remained with the persecuted Catholic population, although more than a million Christians have fled in recent years.

We must not forget to pray for them and to support them in whatever way we can. We are one Body in Christ, bound together in the Spirit despite geographical distance and cultural differences.

Read more:
Martyrs are everywhere today, says Pope Francis, and we should imitate them with our daily self-denials

Read more:
Though this holy priest died of cancer, here’s why he’s recognized as a martyr of Communist Poland