How Gregorian chant was born 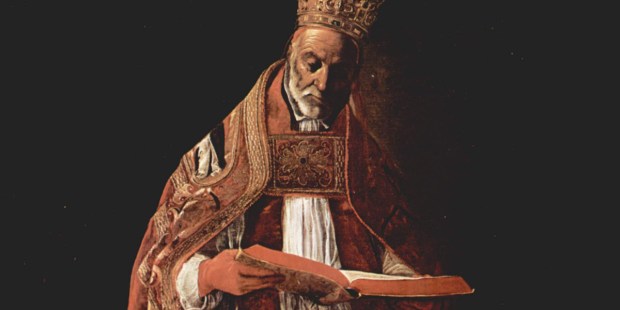 Christian chant has a long history that begins in the Gospels themselves. And Pope Gregory I compiled it.

Gregorian chant is a form of monophonic unaccompanied sacred music sung in Latin (although it also includes Greek) belonging to the Western, Roman Christian tradition. It developed mainly in western and central Europe during the 9th and 10th centuries, and experienced some later modifications in the Late Middle Ages and in the Early Renaissance. Even if tradition credits Pope Gregory I with inventing Gregorian chant (hence its name, “Gregorian”) nowadays most scholars believe that this kind of monophonic psalmody is rather a musical development stemming from Carolingian, Roman, and Gallican liturgical chants.

Read more:
When St. Gregory was elected pope, his first thought was to run away

Singing has been part of the Christian liturgy since its inception. In fact, the Gospel of Matthew mentions hymns were sung during the Last Supper (Cf. Matt 26:30). But although sources claimed the roots of Christian liturgical chant were to be found in ancient Jewish psalmodies (probably because of this passage), contemporary biblical scholars explain that, on the one hand, most early Christian hymns were not using the Psalms as texts and that, on the other, psalms were not sung in synagogues for centuries after the Second Temple was destroyed by the Romans in the year 70. In any case, ancient Christian sources (including Pope Clement I, Tertullian, St. Athanasius, and Egeria) confirm Christians sung during liturgy in those early days.

The chanting of the canonical hours has its roots in the early 4th century, when monks who followed St. Anthony into the desert began singing the complete cycle of 150 psalms each week. By the late 4th century, antiphonal psalmody was already popular as much as in the Christian East as in the West, where it had been introduced by St. Ambrose. In fact, Augustine describes how responsorial psalms were already sung during Mass. By the 5th century, a singing school (the Schola Cantorum) had already been founded in Rome. This was the school Pope Gregory I (a truly music-loving pope) reorganized, establishing a new, more uniform standard in liturgy, chanting included, of course. Some scholars explain Gregory wanted to organize the many different chanting traditions of the Catholic church (from Mozarabic and Visigothic to Ambrosian chant) to unify them in a single chanting tradition recognizable everywhere.

Read more:
If you like Gregorian, you will love Visigothic chant

However, there is still debate regarding how the chanting we now identify as “Gregorian” developed from the 5th to the 9th centuries. What we do know is that the repertory Pope Gregory I unified was later systematized and used in the Roman Rite, and that it is still alive and well today, as an integral part of the Western monastic tradition.