This is how you should respond to a request, according to St. Columbanus 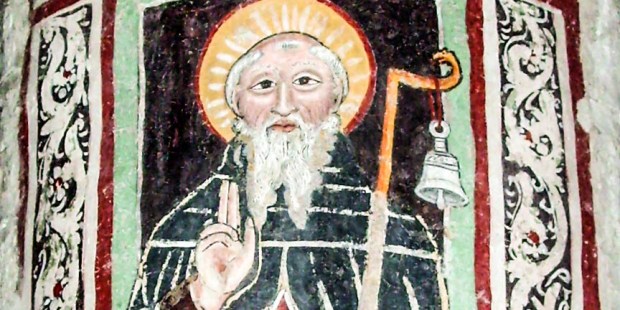 If someone asks you to do something, try not to delay your response.

St. Columbanus was a holy Irish monk during the 6th and 7th centuries who founded a number of monasteries throughout Europe. He created a particular moral code that was to be followed by his monks, later called the “Rule of Columbanus.”

In it he talks about obedience, which in religious life is very important. However, lay people are not exempt from practicing obedience and are required to do so on a daily basis. This could be obeying the orders of a boss or manager at work, or simply responding to a just request from our spouse.

The virtue of obedience is important, as it gives us the opportunity to be charitable toward others and deny our own selfish will.

St. Columbanus believed there was a central key to unlocking this virtue that he writes about in his Rule.

At the first word of a superior all must rise to obey, because by obeying him they obey God, according to the word of the Lord Jesus: “He that heareth you, heareth me.” If, therefore, any one hearing a word of command does not rise straightway he shall be adjudged disobedient … If anyone obeys with grumbling, his obedience, not coming from the heart, is disobedience: therefore, until he shows his good will, his work is of no avail.

While this is most applicable in a monastic setting, it can also apply to countless situations in the secular world.

For example, when a wife asks her husband to help her wash the dishes, the husband should not grumble, but stop whatever he is doing (within reason) and respond to the just request.

If we are to be obedient to others, we should do so after the example of Jesus Christ and strive to obey without any hesitation.

Each situation is different and this type of obedience isn’t always called for, but on many occasions it is and we should try to respond promptly as best as we can.

Read more:
How to teach your children obedience, according to St. John Chrysostom

Read more:
Why do religious make vows of poverty, chastity, and obedience?