Today, preemies have twice the survival rate of 10 years ago 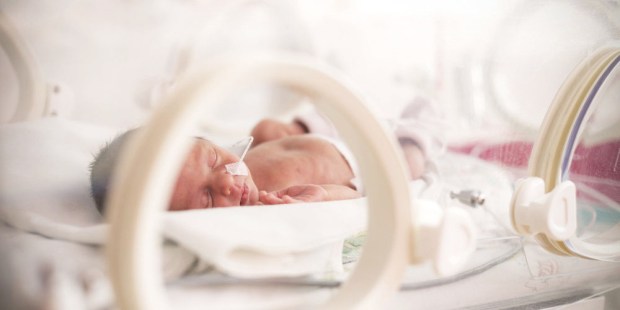 Kallie, for example, was born at the end of the 2nd trimester, and is doing well.

In May of this year, Ebonie Bender gave birth to her daughter Kallie in her 24th week of pregnancy. At birth, Kallie weighed just .8 lb. After 5 months of hospital care, the little baby was released and was able to go home. The photos below show her parents’ joy.

Among the reasons some people argue that that it’s not worth fighting to save lives like that of Kallie are the high cost of medical care for premature babies, the health problems and long-term effects they can suffer throughout their lives, and the loss of productivity it causes the people who care for them.

This perspective, which reduces the value of a life to economic factors, has led some to propose initiatives such as setting a birth weight limit that must be passed in order to receive medical treatment; proposals have ranged from 1 to 1.5 lbs.

A child weighing less than the chosen value would be automatically disqualified; it would have happened to Kallie, who was born weighing just 0.8 lb. Due to her tiny size, fragility, and a heart condition common in very premature babies, she didn’t have much of a chance of survival. Nonetheless, it was worth fighting to save her life, and she certainly isn’t the only case like this.

Today more than ever, medical advances have improved the chances of survival for extremely premature babies. It’s more and more common for these babies to survive and to do so with few or no long-term effects or neurological delays.

Guidelines recently published by the British Association of Perinatal Medicine say it is appropriate for doctors to fight to save the lives of these babies with the means that are now available, and which are better every day, contributing to increasing their chances of survival.

The new framework recommends that doctors consider trying to save babies born as early as 22 weeks of gestation. Now, we can believe something that just a decade ago was practically impossible: some babies can survive outside the womb after just 22 weeks of pregnancy. Ten years ago, the guidelines “indicated that only two out of ten babies born at 23 weeks (more than four months before their due date) and receiving treatment in neonatal intensive care would survive.” Thanks to progress in medicine, “today, four out of 10 babies born at 23 weeks and receiving treatment in UK neonatal units are expected to survive,” the framework’s presentation says.

Not only have medical innovations increased the possibilities of survival for preemies; they have also made it possible to improve the medical attention provided for babies born at full term.

Taking care of premature babies has become financially reasonable because the great majority of them grow up to become productive members of society. In fact, more than 80% of the resources that are spent in neonatal ICU units are for babies who survive.

Beyond the logic of economics, fighting for the life of these babies is worth it because of their intrinsic value. Kallie was worth it not just because she defied the probabilities against her. If she had received a worrying diagnosis a few years later, or in her adult life, would the value of her life have decreased?

If one of our loved ones were to enter the hospital, we wouldn’t hesitate to use our resources to offer them all of the medical care that we could in order to save their life, even if they had low probabilities of survival, as was the case with Kallie. Would any of us deny them treatment? Would we question their right to such treatment?

Scientific progress has shown that as small as a baby may be, today more than ever they have a surprising ability to survive even in difficult circumstances. Life deserves to be welcomed and cared for from the very beginning.

Read more:
Watch the dramatic moment a preemie leaves his tubes behind and starts a new life (VIDEO)