Why early Christians prayed before and after meals 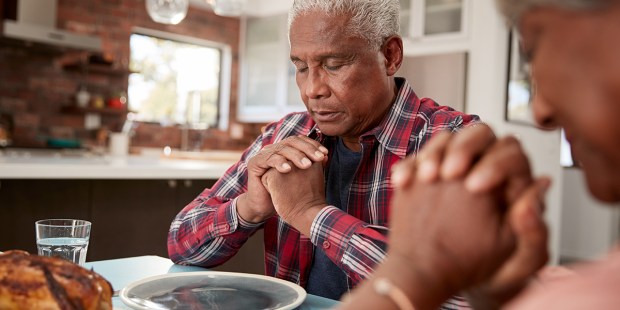 The custom of praying at the beginning and conclusion of a meal is even older than Christianity.

Many are familiar with the popular Christian practice of praying before a meal, but did you know that ancient Christians also prayed after a meal as well?

Both customs are very old and even pre-date Christianity.

According to The Sacramentals of the Holy Catholic Church by Andrew Lambing, this practice of blessing food and giving thanks to God goes all the way back to Moses.

Moses, laying down the law for the chosen people, says: “When you have eaten, and are full, bless the Lord.”‘ According to the Talmud, the form of prayer recited by the Jews after each meal was this: “Blessed be you, O Lord, our God, the King of the world, who has produced this food (or drink) from the earth (or the vine).”

There are multiple examples in the New Testament of Jesus blessing meals and giving thanks to God, following these Jewish traditions.

Early Christians were quick to adopt this practice, but altered it to reflect Christian theology. Many of the Church Fathers commented on this topic and encouraged their followers to do the same.

St. Athanasius bears witness, in the following words, to the custom of his early day: “When we sit down to table, and take the bread to break it, we make the sign of the cross over it three times, and return thanks. After the repast we renew our thanksgiving by saying thrice: ‘The good and merciful Lord has given food to them that fear Him. Glory be to the Father,'” etc.

The austere St. Jerome follows with the admonition: ” Let no one ever sit at table without having prayed, and let him never leave it without having given thanks to the Creator.”

St. John Chrysostom rebukes some of the Christians of his time in such forcible terms as these: “We must pray before and after meals.”

This custom was passed on to each generation so that we might not dig-in too quickly without forgetting who created this food and provided it for us. While humans certainly play a vital role in turning the fruits of the earth into edible food, God is the one who created it all, for our benefit.

It helps us remain humble and grateful for the blessings that we have, realizing that not everyone has such food on their table.

Let us never forget to pray before meals, but also consider praying after a meal, giving thanks to God for the food that now satisfies our hunger.

Read more:
Why do we call prayers before meals “saying grace”?

Read more:
A Thanksgiving meal prayer from the 4th century