Worried about holiday weight gain? Try this strategy before you diet 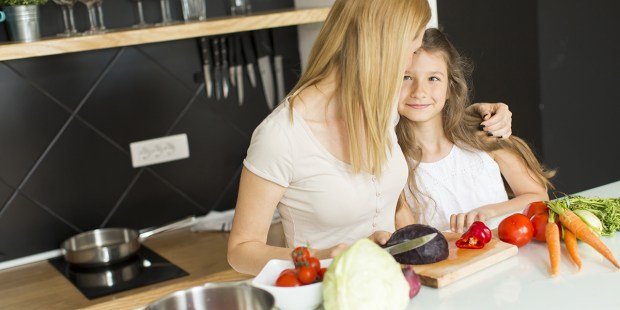 In a world of nutrition information overload, sometimes simple wisdom is the best.

When it comes to nutrition, it’s hard to do it right. Between the appeal of sugar and the convenience of ready-made food in our increasingly busy lives, it can seem like an overwhelming task to eat nutritionally. Many diets require hours of shopping, prepping, label-reading, and endless piles of dishes to wash, while others have strict rules about “good” foods and “bad” foods. If you add in the hustle of the holidays, eating right at this time of year can seem like an insurmountable task.

But it doesn’t have to be like this. There’s a better way to change your eating habits, and it’s not through restriction. Our brains recoil from the idea of restriction instinctively because we’re hard-wired for survival. Not eating a food (whatever it might be) by choice goes against powerful survival instincts that have kept humanity alive for centuries. It’s much less mentally taxing for us to choose to eat something than to choose not to eat it, which is why we shove brownies in our mouths after a night of little sleep. (That’s not just me, right?)

It’s still hard for us to make good choices nutritionally, though, mostly because we’re paralyzed by an abundance of options and conflicting information. Imagine you’re at the grocery store, and you decide to buy more vegetables for dinners this week. You head for the corn, because you know your family loves it. But when you get there, you remember an article your friend posted on Facebook about the dangers of corn and how it should be completely eliminated from our diet. You stand there paralyzed, wanting to feed your family vegetables but not sure which ones are good or bad, googling recipes and research in the produce aisle until your toddler, impatient and hungry, has a complete meltdown. Your time’s up–you drop the corn and grab a frozen pizza on your way to check out, leaving the store feeling helpless and defeated.

When it comes to nutrition, we live in an age of information overload. And at times like this, going back to basics is so helpful. Try an experiment: ask a child which is healthier–a banana or a brownie? A pizza or a potato? A shake or an ear of corn? Go ahead, I’ll wait.

Oh, what’s that you say? They chose the fruit and vegetables? Every single time? Of course they did, because they’re not overwhelmed by nutritional TMI.

As it happens, kids often know better than us adults–and research proves it. I recently did a nutritional challenge based on the simple wisdom that more fruits and vegetables are better. Specifically, 800 grams of them–there’s research behind the number, which found that 800 grams is the amount at which the risk for coronary heart disease, stroke, cancer, cardiovascular disease, and “all-cause mortality.” That’s….kind of a big deal, guys. I mean, it seems like a no-brainer–if you don’t want to die soon, just eat your fruits and veggies!

This is literally the simplest challenge I’ve ever done. You just have to drop $10 on a kitchen scale and weigh your food before you eat it–no prep work, no banned foods, no rules about whether they have to be organic or fresh or frozen or canned. None of that matters, because the point is to just eat more fruits and vegetables. And you know what happens? You’ll end up not eating the cookies at night, or the chips in the afternoon, because you want to hit that number. You’ll end up choosing more good things because you want to, instead of trying to make your unwilling brain avoid the “bad” things.

It’s super simple to incorporate this into the holidays too, since nothing is off limits. Brussels sprouts with bacon? Check. Sweet potato casserole? Bring it. Mashed potatoes? Yeah, buddy. In fact, you’ll probably have no trouble hitting that 800 grams on Thanksgiving and Christmas…but the challenge of doing it on all the days in between might just make this holiday season less stressful — and make you healthier.