In Ethiopia peaceful Sufi Islam is “being replaced by fundamentalist militants” 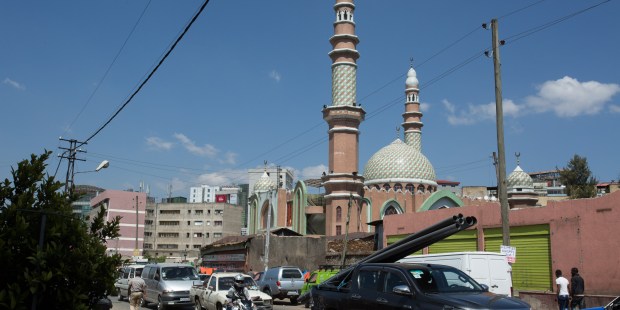 Radical politicians and self-acclaimed activists are sparking violence, says a Catholic priest in the capital city of Addis Ababa.

Following the violent protests that rocked Ethiopia earlier this fall, killing 67 people, Aid to the Church in Need (ACN) spoke with Father Petros Berga, a priest of the Diocese of Addis Ababa, the capital.

How is the situation in Addis Ababa? Do demonstrations continue every day?

The socio-political condition of the country in general is a little bit volatile now. Of course there are some ethnic issues in certain areas. But the serious danger is a threat from the Middle East. A certain ethno-religious activist named Jawar Mohammed, with illicit financing from the Middle East, mostly from Egypt, is leading a movement that has become a serious threat to Christians in Ethiopia.

In several areas churches, priests and Christians have been attacked. Mohammed operates a satellite television network as well as a social media platform with a large number of followers. The activists use the Oromo youth as an instrument to cause conflict. The young people are provided with cell phones donated by the Gulf countries, etc.

What are the claims of demonstrators?

There have been intermittent demonstrations and counter-demonstrations in Addis Ababa and in different cities and towns. Now it is ebbing away. However, the situation is still uncertain. There is a problem of law enforcement.

Radical politicians and self-acclaimed activists are sparking violence. Both the regional and federal governments are not taking any action, even if people are being attacked, displaced, robbed, threatened and molested.

On the outskirts of Addis Ababa there were incidents of regular violence perpetrated by supporters of Mohammed and affecting local residents and those who moved to the outskirts a couple of years ago due to the re-development of the inner city.

The residents, particularly youth, are already disenchanted due to scarcity of work and employment and now they are exposed to violence due to the turmoil. As we are working on pastoral projects, skills development and capacity-building of the youth in the periphery, the situation has made it even more urgent to work on empowering the young people.

Media have spoken in terms of an “inter-ethnic and religious” conflict; do you agree? It seems that both Christians and Muslims are suffering violence…

The violence is currently directed towards Christians, mainly the Orthodox Church. The main protagonists are Mohammed and Dawed Ibsa, the leader of the Oromo Liberation Front. Both are Oromo Muslims. They use ethnicity to mobilize the young people but the violence and attacks have more of a religious than an ethnic dimension.

The traditional Sufi form of Islam, characterized by tolerance and syncretism with indigenous ethnic culture, is being replaced by more militant fundamentalist Muslims.

Do you think situation will improve soon?

Even if it is difficult to predict how the situation will evolve, we are optimistic that things will improve over time. Ethiopians have lived side-by-side for centuries, and we are confident the values they share will keep them united to face these difficult situations.

Above all, Ethiopians are very religious people and the prayers of the faithful will be answered. God will protect Ethiopia from the danger of disintegration.

What is the message and the role of the Catholic Church?

Though representing only a tiny minority, the Catholic Church is playing a big role in promoting peaceful co-existence. Cardinal Berhaneyesus Souraphiel has been appointed by the Prime Minister as head of the National Peace and Reconciliation Commission.

The Church has officially expressed her solidarity with our Orthodox brothers. The Catholic Church is also organizing workshops on peace building and dialogue. Yet there is a great need to work in depth and breadth with local, regional and federal government entities as well as civil society organizations.

As a minority Church serving society without any ethnic or religious distinction, the Catholic Church is in the best position to play a role in mediation work.