Baby saved from abortion goes on to become a football star 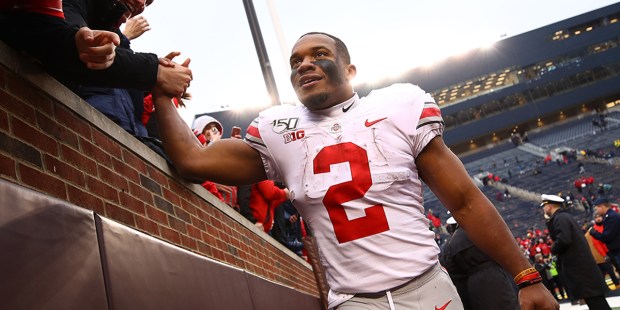 20 years after his mom turned her back on the abortion clinic, her son is breaking records on the football field.

In the middle of a recent football game, Gus Johnson, an announcer for FOX sports, revealed how a running back for Ohio State, J.K. Dobbins, was only on the team thanks to a courageous decision made by his mom 20 years ago.

During the game between the Ohio State Buckeyes and the Michigan Wolverines, Johnson explained to the millions of viewers that Dobbins’ mom Mya became pregnant when she was 18 years old, as reported in Live Action. Like many pregnant teens who find themselves in this position, “she went to the doctor because she was thinking about aborting the baby, but changed her mind,” he shared with the viewers.

While this very personal news might have shocked the many sports fans out there, it’s an encouraging example for women in a similar position to Mya to help them change their minds, even if they initially decide to abort.

Mya’s story is, of course, inspiring — never could she have imagined what her young baby would go on to achieve on that day she walked out of the abortion clinic. But it’s a story of having faith — faith that God would guide her along her path, and faith in her ability to be a mom, even at 18.

During the game, which saw Ohio State beat Michigan 56 to 27 and Johnson share the player’s intimate past, J.K. Dobbins happened to play his personal best. As For the Win details: “With an incredible 33-yard touchdown run in the middle of the fourth quarter, he notched his first career four-touchdown game.”

While Mya might call her son a “miracle baby,” perhaps the real miracle lies in the path that God laid down for Mya and her son, and for other pregnant young women who might be making similar life and death decisions.

Read more:
This college football team prayed a weekly Rosary all the way to the championship