Take a preview of this beautifully illustrated Catholic comic.

Avengers: Endgame has left a comic-book sized hole in our hearts and Marvel fans everywhere are wondering which heroes will take their well-crafted universe into the next generation. While these rumor mills churn, however, there’s a new hero taking center stage in the world of graphic novels, and he’s a Catholic priest.

The life and work of Father Patrick Peyton have been put to beautiful illustrations as the “Rosary Priest” has his own comic. Entitled The Tale of Patrick Peyton, the book for both young and adult readers follows his life as a poor child in Ireland to becoming one of the most influential priests in the United States in the 20th century. 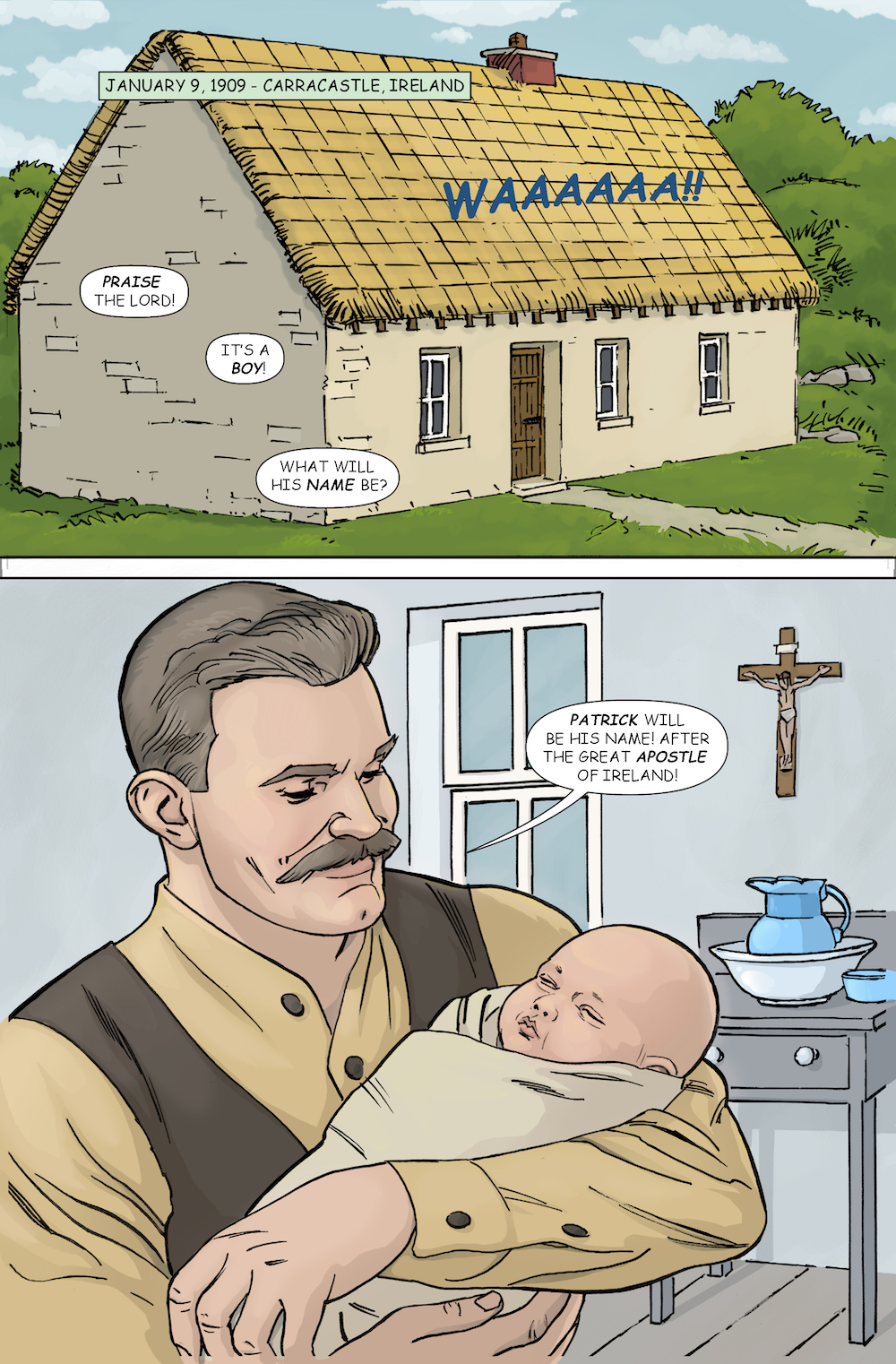 Venerable Patrick Peyton used his powers for good to encourage the spiritual well-being of families through daily prayer together, especially the Rosary. The Tale of Patrick Peyton captures his efforts to bring celebrities into the fold, in order to encourage prayer through example, as well as more personal moments that really let the reader learn about the man behind the cassock.

The work features the artwork of Jim Fern, a 30-year veteran of Marvel/DC comics, and Michael LaVoy, and the story was written by Philip Kosloski, founder of Voyage Comics & Publishing and a writer for Aleteia. Phil told us:

“When Holy Cross Family Ministries pitched to us the idea, we thought Father Peyton’s life would be a perfect fit! He is not well-known by many Catholics and we believe presenting his life in a comic book format was a great way to reach a new generation with his inspiring story.”

Father Willy Raymond, C.S.C., president of Holy Cross Family Ministries, which continues the ministry started by Father Patrick Peyton, expressed his excitement over the coming project in a press release. He said:

“We are excited to introduce this graphic novel about the life of this extraordinary priest. Through radio, movies, television, billboards and more, he inspired families of the world to pray together for unity and peace.”

In an interview with Voyage Comics, artist Jim Fern spoke of his Catholic faith and the joy he took from working on The Tale of Patrick Peyton:

“From working with him and Michael LaVoy on Finnian, he was able to bring me to work on the Tale of Patrick Peyton. Working on that project with Phil has made me the happiest with sharing my art than even within those Batman books I’ve drawn. Now I am adamant about not accepting any non-Catholic or Christian projects if they are not family friendly with clean and modest content.”

The Tale of Patrick Peyton is available at Amazon, or it can be purchased at the Voyage Comics & Publishing website. With only a few weeks until Christmas, now is the best time to order!