What am I waiting for in my life? Pope tells performers -- and all of us -- to ask that question, since material goods and appearances won't satisfy our longings

Pope Francis addressed the promoters and artists of the Vatican Christmas concert, saying that during this time before Christmas, we should ask ourselves, “what are we waiting for in life?”

The concert was held December 14 in Paul VI Hall. Among the performers were Susan Boyle and Lionel Richie. Boyle is the Scottish star who became famous from Britain’s Got Talent.

Promoted by the Vatican’s Congregation for Catholic Education, the concert’s proceeds were donated to the Scholas Occurrentes Foundation and the Salesian Missioni Don Bosco Valdocco Onlus. 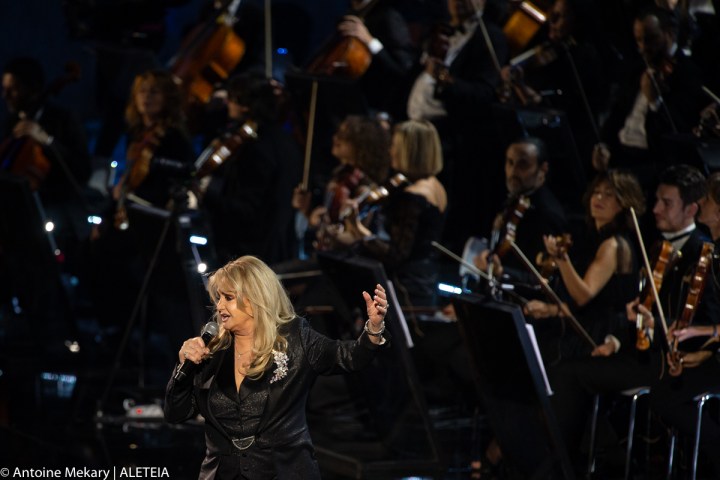 The pope spoke to the concert performers on December 13, about the longing of the human heart, placed in every person by God himself, and explained that no amount of material possessions will ever fill that longing.

The time before Christmas calls us to ask ourselves: what is it that I am waiting for in my life?  What is the great desire of my heart? You too, with your songs, help awaken or reawaken this healthy human “yearning” in the hearts of many people. Deep down, it is God Himself who puts this desire, this “thirst” in our hearts. And He comes to meet us by this route. Certainly not in the vain compulsion to acquire possessions or to keep up appearances. It is not there that God comes; no one will meet on that route. But surely He comes wherever there is hunger and thirst for peace, hunger and thirst for justice, freedom and love.

Quoting his recent letter on the Nativity scene, Francis said it is that tradition which shows the secret to our hearts’ real longings:

The nativity scene clearly teaches that we cannot let ourselves be fooled by wealth and fleeting promises of happiness… By being born in a manger, God Himself launches the only true revolution that can give hope and dignity to the disinherited and the outcast: the revolution of love, the revolution of tenderness. From the manger, Jesus proclaims, in a meek yet powerful way, the need for sharing with the poor as the path to a more human and fraternal world in which no one is excluded or marginalized.

Jesus’ birth shows us the mystery of how God acts, Francis said:

In this act of humility, we find ourselves before a disconcerting mystery. God is unpredictable and constantly acts in unforeseeable ways. By taking us aback in this way, He constantly invites us not to grow proud but to grasp His disarming power in every little gesture of goodwill.